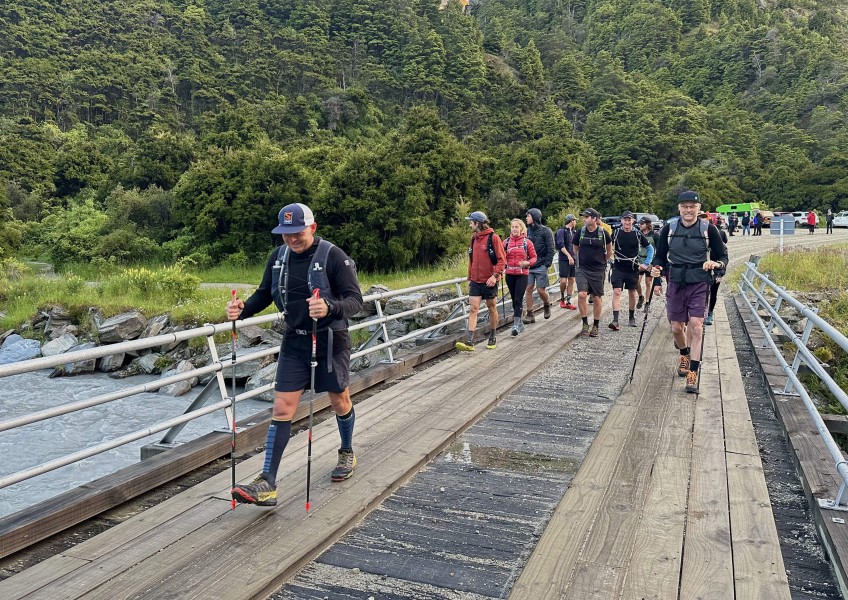 If you’re a tradie in New Zealand, you’re six times more likely to die from suicide than an accident on the job. Wānaka builder Glen Thurston, says the “egotistical crap on a building site” makes it hard for people to open up, and check on each other.

In 2021, the construction industry had more deaths from suicide than any other industry in the country.

Considering the research, Mr Thurston wonders why builders are heavily provided with physical health and safety advice but not how to support someone struggling with mental health issues. To bring more attention onto construction mental health, he’s walking up Corner Peak in Hāwea for 53 consecutive days, 901km's in total.

Each climb represents the life of someone lost to suicide in construction in 2021. 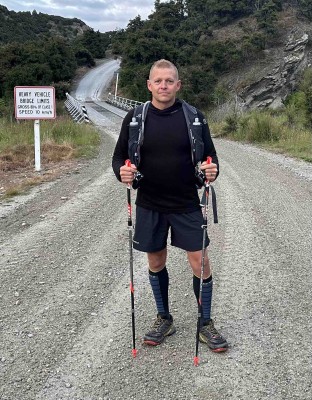 Glen Thurston wants more conversations and vulnerability in the industry

He chose to hike for his campaign based on his own recovery from mental health, or in his words, when “the little black dog just kept kicking my ass”.

For Mr Thurston, ignoring his own mental health started well before his first suicide attempt at 18. From there he continued to ignore his feelings, opting for alcohol instead of opening up, until he experienced severe burnout six years ago.

Being out in the wilderness is what helped – in addition to going to a psychologist, getting medicated, and being vulnerable with peers.

“It’s a pretty powerful tool getting out in nature.

“I've been up there [Corner Peak] with a few people and it's amazing the conversations you have with people, just putting them in a space where all of a sudden, you share a few vulnerabilities, and everyone wants to share their own story and you're supporting each other without even realising it.”

“You don't actually have to fix people. You've just got to listen. Guide them to wherever and be by their side through the journey to get them what they need. It's actually it's all we need to do.

That’s his plan for the next two months of climbing, for 50 of those days, he’s got someone signed up to do it with him.

This morning, December 1, he set off with co-workers from Dunlop Builders, Wānaka Community Board elected chairperson Simon Telfer and a few others for his first climb. 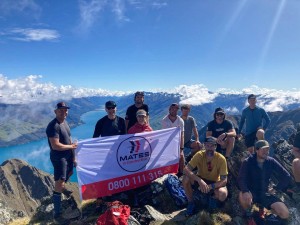 Today's group make it to the top of Corner Peak

A small crowd gathered at the base of Corner Peak to wish him well, among them were Fletcher Kaan and Evan Tieti from Mates in Construction.

At the 6 am starting line hui, Mr Kaan shared his own experience.

“Us tradies are the biggest gossips, when it comes to talking about other people's lives, it's the best thing ever. But as soon as it comes time to opening up about ourselves, all our walls go up.

“If we're not willing to talk about what's going on, then nothing's ever going to change.

Feedback from Mates in Construction's industry wellbeing survey, show it's getting harder for our construction workers year-on-year, with more people saying their mental health was "worse than usual", stress felt less manageable, work satisfaction was lower and more thought about ending their own life.

Mr Kaan says the organisation provides onsite training days for builders – exactly what Mr Thurston was asking for – they also man a 24/7 hotline and continue to research mental health. 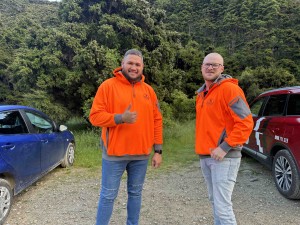 Part of this training involves looking for ‘invitations’ that something isn’t right. Mr Kaan says invitations are more commonly known as “warning signs”, but it’s important to change this language.

When you’re working on a site and you see a warning sign, that often means don’t go any further – but that’s not how they should act when someone who’s not doing well, Mr Kaan says.

For our climber, Mr Thurston, this campaign has been a year in the making. But he’s been surprised by how many people have contacted him.

“At one point I was getting one to two phone calls and text messages on Facebook a week including people just reaching out to me, or just sending something to me which I'd read between the lines and send a message back and then before you know it I'm catching up with them for a coffee.

“They just don't know how what they're too scared to make the noise. So when someone else makes the noise, everyone jumps on.”