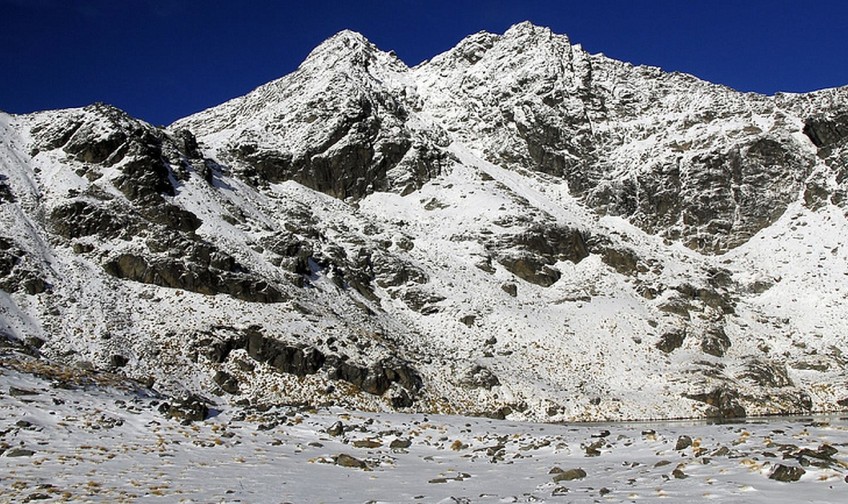 Two climbers were rescued from the Remarkables yesterday after earlier being caught in an avalanche.

Members of the Alpine Rescue team completed the final leg of the rescue by foot after wild weather made landing a helicopter where the pair were holed up impossible.

In a statement, police say they were notified of two people requesting rescue on Double Cone in the Remarkables Range on Tuesday.

The two climbers had earlier been caught in an avalanche, but avoided burial and extricated themselves uninjured, police say.

The pair managed to shift a short distance to a relatively safe area, but the avalanche danger had them trapped.

On Tuesday, two attempts to get an Alpine Rescue Team to the spot by helicopter were made, but conditions prevented it.

The climbers, experienced and well-equipped, dug a snow cave to hunker down for the night, with a rescue attempt planned for the following day.

Yesterday morning the helicopter with the Alpine Rescue Team aboard tried again to reach the pair, but weather conditions once again made this impossible.

However, the helicopter was able to land the rescue crew 1.2 kilometres away and 300 metres below the climbers’ position.

The crew made their way through challenging conditions to the climbers’ location, making contact with just after 10.45am.

Not long after, weather conditions cleared sufficiently for a helicopter to reach the party and extract all back to Queenstown.

Police says the climbers were shaken by the event and felt that there was no way they could have made it off the mountain unassisted due to the dangerous avalanche conditions.