Bus patronage up with half price fares

Passengers in Queenstown and Dunedin have jumped on board since half price bus fares started on April 1.

The Otago Regional Council (ORC) last month endorsed half price for public transport in the region.

Total Mobility and the Queenstown ferry are included in the initiative which ends on June 30, 2022.

Between Friday, April 1 and Thursday, April 7, public transport patronage increased by 9 percent across the Dunedin and Queenstown networks.

Patronage was measured against the same day the previous week.

Queenstown patronage growth was consistently higher than Dunedin for the full week. In Dunedin, weekday bus trips increased by eight percent and by 15 percent in Queenstown.

Weekend trips proved popular in the first week of the initiative, with increases in patronage of above 20 percent in Dunedin, while Queenstown saw increases of 15 percent.

Transport manager Doug Rodgers says it's great to see people making the most of the opportunity.

“More people used the bus during the first weekend of half price fares on Saturday and Sunday and it’s heartening to see an increase where we do have capacity."

Mr Rodgers warned passengers to prepare for higher demand during the morning rush hour. He reiterated that it is unlikely that ORC will be able to provide extra services if buses are full.

This will mean that if demand exceeds current capacity, passengers exceeding that capacity will have to wait for a later bus. There will be no extra buses put on.

“The ORC has previously highlighted constraints on bus services related to driver illness and isolation due to Covid, a national driver shortage, and in Dunedin, the recent increase in capacity provided for school services.

”A key way to alleviate pressure on the network is to spread travel across the day.” 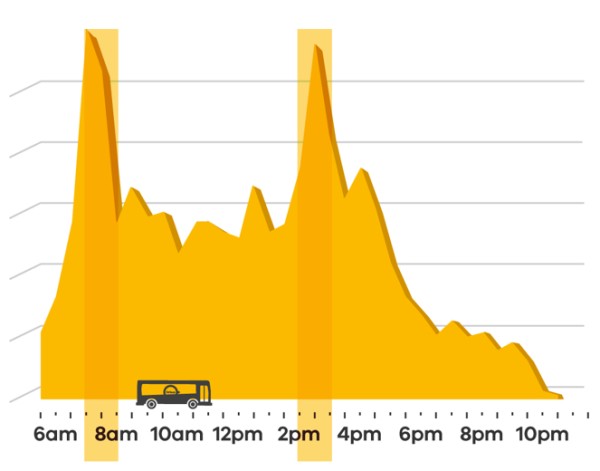 Bee Card bus fares for adults in Queenstown and Dunedin will be $1 until June 30, 2022.

Cash fares and children’s fares are also reduced by half.

The reduced fare will be automatically applied when tagging on with a Bee Card or paying your driver with cash.

Ferry fares in Queenstown are also half price.

Total Mobility journeys are also included and will have the additional discount applied on top of the current subsidy.