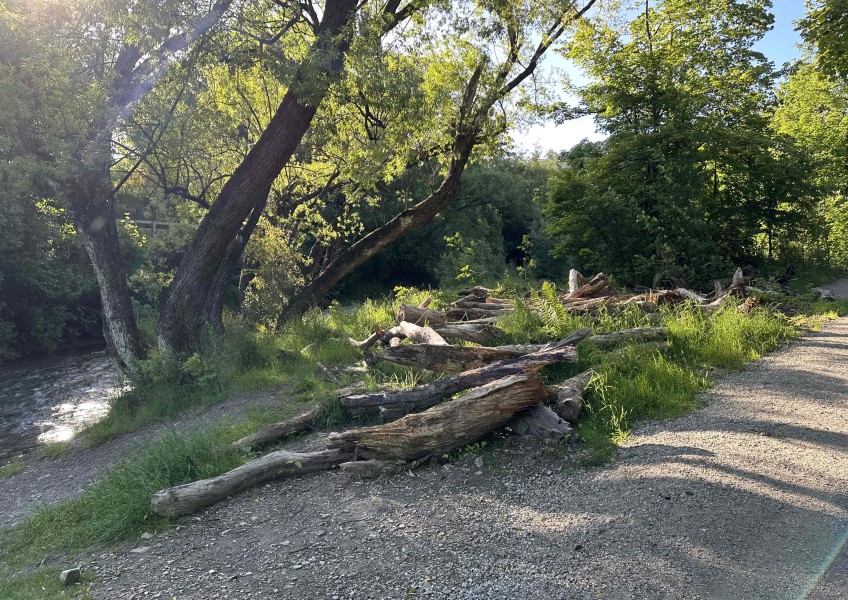 The Queenstown Lakes District Council has been accused of being the "fun police" after chopping down a riverside tree in Arrowtown that was home to a much-loved rope swing.

The council did nothing to notify locals about its decision to remove the willow tree, which it says was rotten.

The rope swing, popular with families, had been hanging from the tree for decades, and anyone game enough could use it to swing into the river from.

A social media post in a private community Facebook group last Friday was how most locals heard about the demise of the unique attraction for the first time. 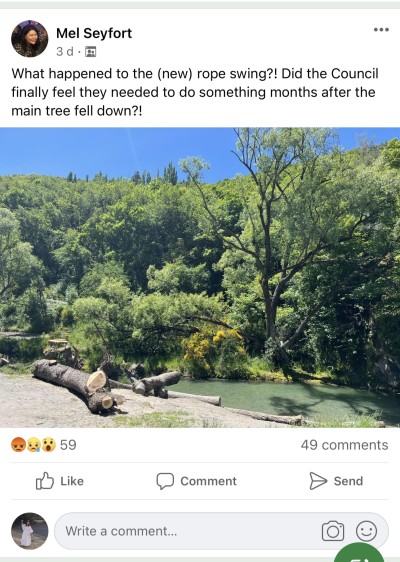 It attracted a stream of comments from gutted families and residents, many expressing disappointment at the lack of communication from the council.

"It really leaves you wondering, no communication to the community, I would like to see the arborist report as well. QLDC this is poor community engagement."

"This brought tears to our eyes just now as we went down for a dip and we were hoping to try out the new swing… Speechless and saddened to see this."

"I walked past there yesterday and it was there. Can't believe they did this."

"QLDC Thanks for sending the Fun Police, next thing you will be filling in the swim holes along the river as well."

Some of the commenters were sad, some angry, but also importantly, no one knew why the tree had been chopped.

There was speculation as to whether the problem was with the swing or the tree itself.

The blow hit harder for residents as a new swing had been put up in the tree just last week and many hadn't yet given it a go. It replaced the original rope, which had been on the same willow for more than 40 years, but its branch had blown off in a storm a few months ago.

In response to questions from Crux, the council says the tree's removal came after an arborist assessment found historic wounds and internal decay – urgency was its reason for radio silence.

“Unfortunately on this occasion we did not communicate the removal of the tree in advance. Ensuring people are kept well informed is a really important part of our usual process," a council spokesperson says.

The council has a "tree policy" and it allows for urgent action to maintain public safety, as was the case last week with the Arrowtown willow.

According to the policy, trees on council land can be removed with no requirement for consultation when they present an unacceptable risk – including being in irreversible decline, dead or structurally unsound.

“We’re sorry we were not able to communicate the removal ahead of time.”