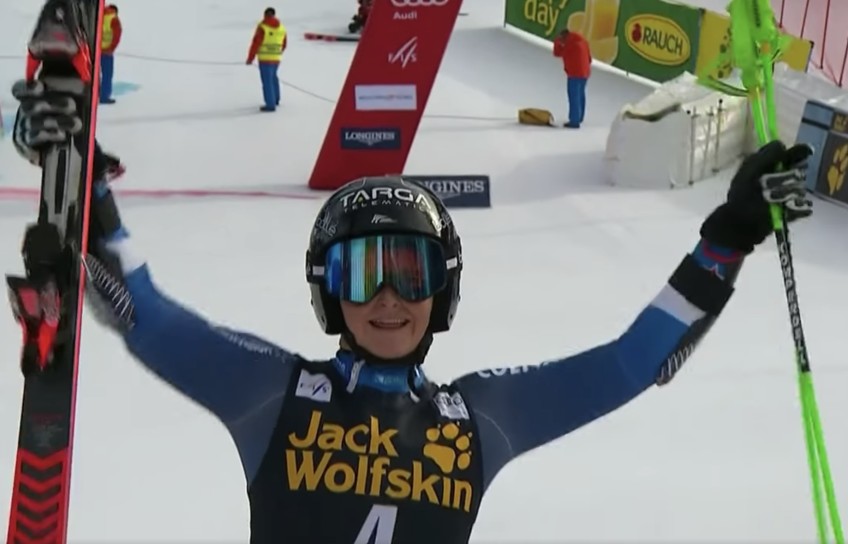 Today’s Alpine Ski World Cup was scheduled to take place in Maribor but was moved to the Kranjska Gora resort due to the unfavourable weather forecast.

Alice Robinson in top form to win World Cup ski round, for the second time.

Fourth out of the start gate on run one, Alice laid down a blistering run which put her in to second place just 0.24s behind Petra Vlhova (SVK).

With the start order reversed for the top 30 for run two, Alice was second last to race.

“I was just thinking, you know what you’re doing, trust yourself and give it everything you’ve got,” she explained.

A blistering second run gave her the lead ahead of Slovenia’s Meta Hrovat and Switzerland’s Wendy Holdener who would finish their day in joint third place. Petra Vlhova was last to race but couldn’t match Alice’s pace and finished in second place, 0.34s behind the young Kiwi.

Alice won the FIS Alpine World Cup Tour season opener in Soelden, Austria in October 2019 and has earned three top-10 finishes since then, including fifth in Sestriere, Italy in January. She went into today’s race with a World Cup Tour ranking of fifth for Giant Slalom.