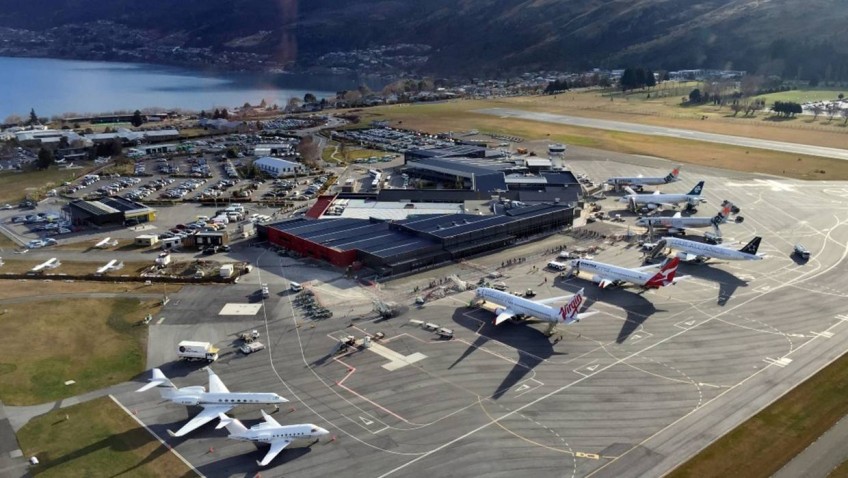 Airport - no action on Statement of Intent changes

At last month's QLDC meeting the Queenstown Airport Corporation came close to having its Statement of Intent bounced out of play.

In a tense session, numerous councillors made it clear that they felt the airport company had not listened to public concerns over expansion or QLDC's own guidance. The Statement of Intent is the airport's future blueprint, including expansion towards 7 million visitors a year across Queenstown airport and a new $400 million Wanaka airport.

But today, the Queenstown Airport Corporation's new comms boss, Sara Irvine, issued the following statement to Crux when asked what it was doing about the rejected Statement of Intent. To be clear, we use the term rejected because the QLDC refused to accept the SOI in its current form. "Your assertion that Council rejected QAC’s Statement of Intent 2020-2022 (SOI) is not accurate. Council received the SOI at its meeting on 27 June subject to QAC working with Council to further amend the document to address the specific points raised by councillors. We have appreciated the valuable and constructive feedback provided by councillors throughout the SOI process and will continue to work with them to ensure that the SOI satisfies both Council’s and QAC’s needs.

You have asked for a detailed timescale and precise action plan. QLDC is best placed to respond on these points."

On the surface of it this looked like a hospital pass back to the QLDC, during a week when both Mayor Jim Boult and CEO Mike Theelen are out of town.

Nevertheless, we asked QLDC what the story is. Here's their reply.

“While it was voted to receive the SOI, Councillors amended the resolution to address concerns around the future development of Queenstown and Wanaka Airports. From the minutes you can see the amended resolution here:

On the motion of the Mayor and Councillor MacDonald it was resolved that the Council:

1. Receive the Statement of Intent for 2019/20 for the Queenstown Airport Corporation subject to:

a. The Council drawing to QAC’s attention that it remains concerned at the content of the Statement of Intent that addresses the future development of Queenstown and Wānaka  Airports, notwithstanding the current masterplan processes underway; and

b. The Council seeking further discussions between QAC and Council to seek further changes to the 2019/20 Statement of Intent to better reflect its and the community’s concerns and expected directions. “

The SOI can be modified at any time during its lifecycle.  However, as yet there is no confirmed timeline or detailed action plan to progress the above resolution, although Council is aware of some desire to see changes made as soon as possible.”

Crux will stay close to this story. We also received credible information this week about a staff survey that indicated problems with morale and confidence in senior management. This was denied today by QAC with the following statement:

"An annual staff engagement survey was conducted by an independent third party service provider in May 2019. Staff completed the survey in confidence and anonymously. The results show a high level of engagement across the QAC business and a positive staff culture."

QAC declined to share the report or the results with Crux.

The QAC also revealed to Crux that long term Comms Manager Jen Andrews was due to return to work at the airport in a "different but related" role when she returns from extended leave.