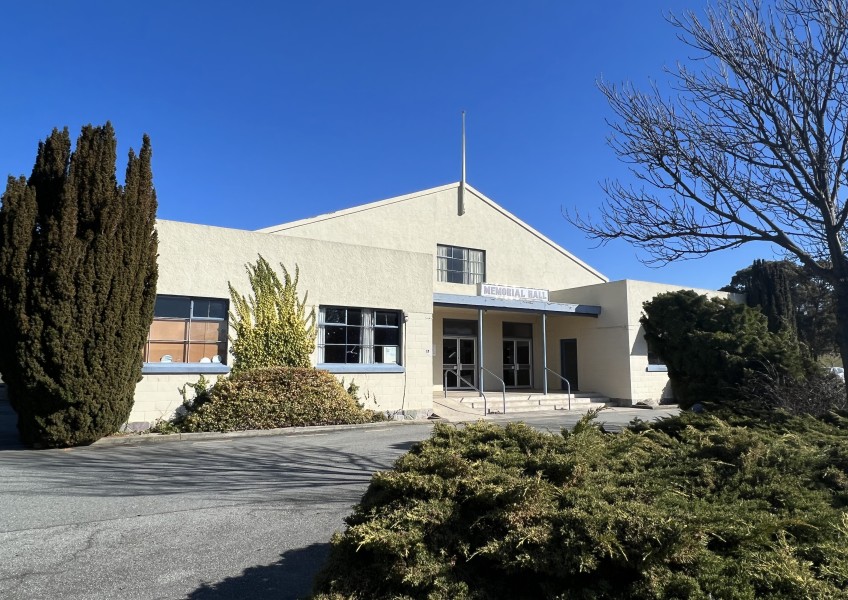 Concept plans for the much-anticipated replacement to the Cromwell Memorial Hall have been delivered, but locals will need to wait a little bit longer for the big reveal.

The council has today announced contractor Jasmax will present its vision for the new $16-million hall and events centre to the Cromwell Community Board at the board’s next meeting.

However a meeting of the board set for this Friday has been cancelled due to a lack of business on the agenda - the next meeting is scheduled for two weeks’ time.

Key stakeholders and members of the project advisory group have been given an early glimpse of what’s proposed for the new build. 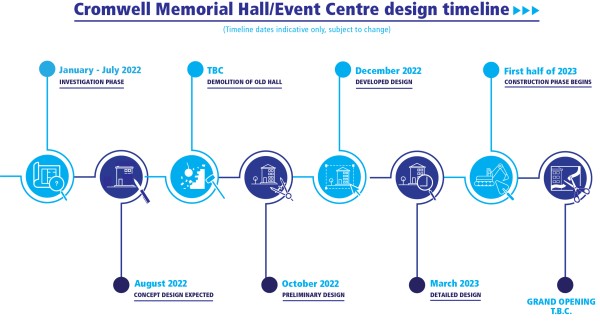 On track: The council's most-recent timeline for the events centre project.

Central Otago District Council property and facilities manager Garreth Robinson says the project has now moved from the investigation to the concept design stage, and to be able to show key people the progress is a significant step.

“It is important to take this group, who are going to be very instrumental in this development, on the journey and let them know how their input and feedback has been taken on board and worked into the concept.”

Cromwell Community Board chair Anna Harrison, who sits on the project advisory group, says she’s happy to have reached this milestone.

“People are naturally wanting to know about this project – it is a significant development to be happening in their community, so I’m happy we’re in a position to provide an update in the coming weeks.”

At the September 12 meeting, community board members will also be presented with “funding options” for the project.

The new events centre and hall was consulted on and included in the district’s 2021-31 long-term plan.

It comes with a $31.5 million price tag - $16 million earmarked for the replacement hall itself, plus $9 million for landscaping, demolition and project management costs, and a further $6 million for a museum.

A vision of an arts and heritage precinct, incorporating a new hall and events centre, as presented to Cromwell residents in the council's 'Framing our Future' long-term plan consultation document in 2021.

Meanwhile, work is progressing at the Melmore Terrace site to prepare the existing hall for demolition, with the council confirming work to remove asbestos from the 60-year-old building is now complete.

According to Mr Robinson, there’s still more work to do before the hall is demolished.

“From a sustainability point of view, the hall needs to be assessed to establish what assets can be salvaged and reused.”

At the end of March, a decision by the Cromwell Community Board led to a temporary reprieve in closing and demolishing the outdated and earthquake-at-risk hall.

At that time, the board had asked for clarity about what the new hall and events centre would look like and cost before closing the doors on the older building to the public for the final time.

At the end of July, the board made the call to close the hall permanently as ongoing costs exceeded the revenue brought in by users.

After decades of debate and stalled plans to deal with the dated hall, Cromwell residents are long-overdue a look at what-next for the community space.