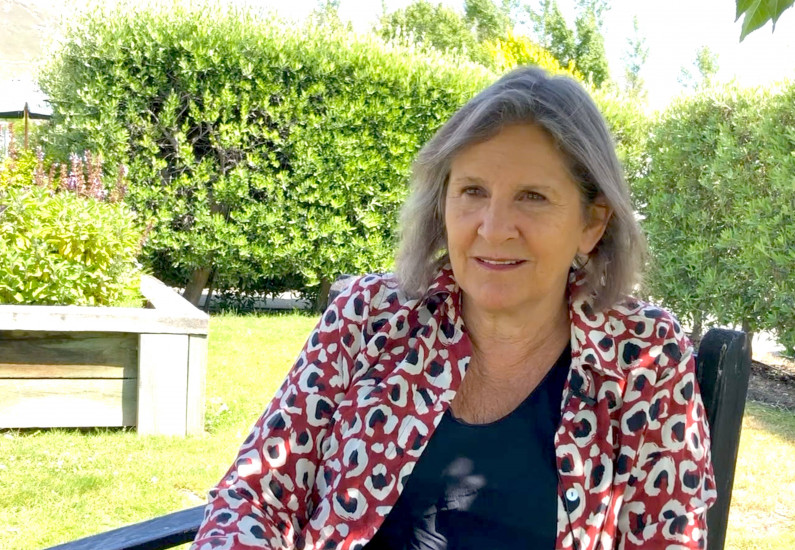 How to build green, on a budget

For anyone even contemplating building a new house, making it 'green' and energy efficient are often towards the top of the priority list. But in the current New Zealand market the sad reality is that the more energy-efficient a house is, the more expensive it becomes. Eminent Wanaka architect Anne Salmond spoke to Crux Wanaka reporter Georgia Merton on how to break that cycle - as well as offering some deep insights into how the current house building market works. Make sure to watch the video interview as well.

Twenty years ago, Anne Salmond was sneaking insulation into people’s walls - she was the only architect in Wanaka focussed on energy efficiency. Now, she says, it’s hard to find one who isn’t.

Things are changing and the ‘green building’ movement is growing. But, popular as the idea is, the perception seems to be that it’s something you need more money for. Is building a low carbon footprint home actually affordable for your average land owner on a tight budget?

“Yes, the perception that it’s more expensive to build a more energy efficient home is true, but you’re also getting more value, you’re making your running costs less, and you’re improving your comfort and the performance of your home,” says Salmond, who in November was made a Distinguished Fellow of the New Zealand Institute of Architects. This is a big deal - there can only be ten Fellows at one time, and much of this recognition of her contribution to architecture was for her influence in the space of sustainable design. She says low cost and energy efficiency are absolutely not mutually exclusive.

Firstly, Salmond says the cost per square metre, as a measure of building cost, is a waste of time. “I think it’s misleading - it doesn’t give you any idea of quality or ongoing maintenance costs. I could design you a house for $2,000 per square metre or $4,000 per square metre. One would be warm and comfortable to live in, and the other would be a big minimum standard box.

“That low cost per metre house would have three garages, five bedrooms, a big wasteful corridor, 1.5 bathrooms, a cheap kitchen and minimum height.  It would still cost you a lot of money to build though, because you’re building a big house. So the square metre rate is irrelevant.”

Instead, she thinks that what people really want to know, and should be asking, is ‘how am I going to achieve a house with the money I’ve got?’ Salmond, who started Salmond Architecture when she arrived in Wanaka twenty years ago, says there are two main ways of bringing the cost down without compromising on quality and efficiency.

“First of all, make the house smaller. Typically to get an energy efficient house, you might be spending 5-10% more on the building, so allow 10%. That means that instead of building a 160m2 house, you build a 144m2. There, you’ve got your extra money. That’s one way.”

Another way, she explains, is to stage the process, whether that be by using modules or simply designing a future-proof home. “For now, if there are two of you, you could buy a living room module and a bedroom module. If and when you have children and you need extra bedrooms, you can build them then, with the whole house having been designed on its site for you to add those later.

“Your initial cost is lower, so your deposit is lower, so your mortgage is lower. You pay down as much of that mortgage as you can, so the equity on your house goes up, and the value also hopefully goes up. By the time you want to build an extra bedroom and a garage onto your little house, it’s worth more, so you can borrow more and afford to do it without compromise.”

Salmond, who designed her first passive solar home straight out of architecture school, has long been an advocate of modular housing as a way of getting people on a budget into energy-efficient homes.

Whilst she says there isn’t a huge number of options when it comes to modular housing that use sustainable materials, there are people trying, and that’s the way the future’s headed. “I think all houses will have to be like that, if New Zealand wants to meet its climate change targets and obligations - we’re going to have to make our buildings more energy efficient.”

Staging the building process doesn’t necessarily mean going modular, though. “You can design some stuff to be future-proofed, like building structures to support solar panels later. You can easily upgrade kitchen and bathroom fittings, what you can’t upgrade is what’s in the wall - insulation, how airtight it is, the quality of your windows. I tell people to focus on that stuff - that’s what’s going to make you comfortable and warm, that’s what’s going to save you energy.

“Really, you could just build the fabric of the house and camp in it, have a barbeque. Lots of people do that. I’m not saying you should live in substandard conditions, what I’m saying is if you build good quality first and slightly less, you get better value for your dollar.”

Salmond has watched the concept of building sustainably move from being fringe to mainstream, and she says this has been home-owner-led, and not necessarily by the elite few with cash to spare on being green. “It’s being led by your generation (read: millennials), who care about the environment, but don’t have much money and want to control their costs because they realise that if you can’t afford to pump energy into a house that’s built like a sieve,,you’re going to be cold.”

She says people tend to forget about time as a design element, as well. Take a guest room, for example. “When your guests aren’t in the room for forty plus weeks of the year, and you’ve paid all this money for it - what are you going to do with it? Have a den, or a study, or a playroom. That’s where clever joinery comes in, like beds that come down from the wall. Your cost per square metre might go up, but you’re saving a whole room!”

A lot comes down to a shift in thinking, she explains, from ‘what else could I have?’ to ‘what could I do without?’ This isn’t about being miserable, but about prioritising value. “It’s like value engineering, which they do when designing commercial buildings - what can I do without, until that starts to affect the value?”

Salmond says she does get approached by plenty of people saying they want to build a green house, or a passive house, or a ten-star house, without much knowledge of what that means. “It’s a total design approach, it’s a different way of thinking. It’s not something you can tack on at the last minute,” she says. “If you want a passive house, that has to be priority and other things will have to be compromised, like the big south-facing window.” Salmond is part of the team designing Luggate’s new community hall - the first passive community building in the country.

It’s not an either/or with energy-efficiency, though, which will come as good news for those who see a passive house as way out of reach. She explains that it’s a sliding scale, and most buildings are in the middle. “What most people are looking for is that sweet spot between cost and performance or return. You need to be at about six stars to get that. Seven is better, and then when you go higher than that you start to spend a whole lot more on active energy producing systems.”

Salmond, who bought her first home with her husband and another couple, says while building houses has always been expensive, it’s worse now that the cost in relation to the average income is higher. “It is harder, and that’s partly our small market, which means there aren’t any standard sizes for things like windows. So everything’s made specifically.”

She says the main factor behind our horrifically expensive building costs, though, is the monopoly on building product supply. “There are a very small number of businesses, and they’re wanting to make profits. So we’re seeing people importing their whole house from overseas because it’s cheaper - that, to me, means there’s something a bit wrong,” says Salmond, who would like to see more smaller suppliers enter the market.

Somewhere she also wants to see change is at a government level - updating the antiquated building code and legislating energy-efficient building. “It shocks me that we haven’t. We know how to make a house zero energy already, we don’t need more information, we just need commitment. People aren’t going to commit to doing it unless they have to.”

Salmond says making some impact on this politically is something she’s going to prioritise over the next ten years, which is where her Distinguished Fellow Award can help her. “It’s given me the opportunity to raise my voice and be heard. I still get up and go to work the same every morning, but it’s certainly given me more credibility amongst my peers.”

Salmond says what she’d really like to see is everything shifting up that sliding scale of energy efficiency, not necessarily everyone building a passive home. “Anyone who designs a house should be saying, ‘How can we make this better? How do we make this as good as it possibly can be, without necessarily making it more expensive?’