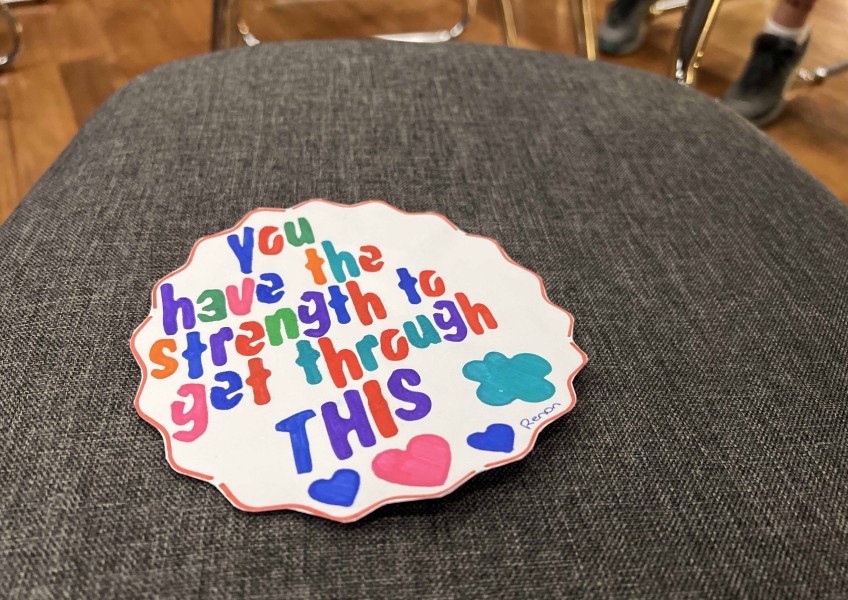 Homophobia, social media, and being bored: Wānaka teens tell all

Wānaka youth worker Sam Strong says she gets to hear plenty of what goes on in the lives of the town’s teens.

Now, she’s asking them to repeat some of it - in front of a microphone.

In a recent collaboration with the Wānaka Library, Kahu Youth started a conversation that traversed topics including uncomfortable conversations with parents, small town boredom, gender identity and social media.

Crux took them up on the offer.

Here's some of the conversation, in their own words. 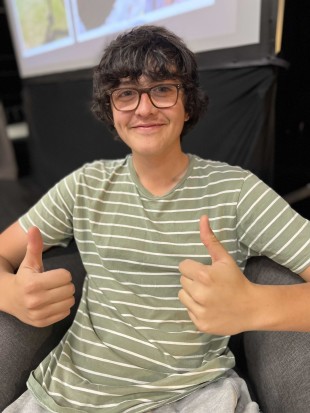 Because Wānaka is a very sports and outdoor oriented town, then for teenagers who aren’t into that there’s less options...There’s less variation in friend groups because of that too.

For the kids who aren’t interested in that, there’s not many things in Wānaka for them to do, and I think that leads a lot of teenagers to get either distanced from a lot of their peers and lonely, or they end up getting into situations that aren’t the best.

I’ve grown up in Wānaka my whole life…living in a rural town it can feel, kind of like, you’re not trapped, but…

It’s difficult sometimes in Wānaka - the dynamic of younger kids starting high school so early. When you think about it, there are 18 years olds at MAC mixed in with 11 year olds, so that’s a very big age gap. If you don’t have those conversations early, potentially your child will be put in a situation where they don’t actually know how to react. So having those conversations early and building that rapport with your child…so if they do end up, you know, having too much fun, trying or testing something too much…it will help make your home a safe place.

Before they’re even teenagers, having conversations about sort of taboo subjects…Sex, drugs and alcohol are all things that should be talked about. It shouldn’t be taboo. You need to talk about it before it becomes an issue.

Have a relationship with your kids where its ok for them to tell you what they’ve done.

They’re your mistakes to make, and they (parents and caregivers) need to help you with that. 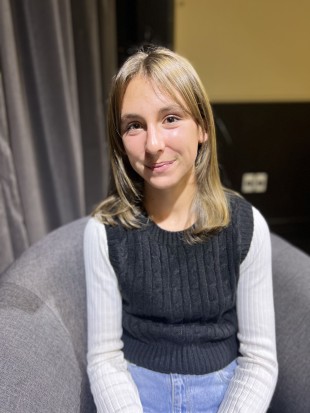 A really, really strong, open communicative relationship with their parents, makes those tougher conversations quite easy, because it's not a ‘Oh, you did something wrong and I'm going to punish you about it’. It's ‘This is a teachable moment’. And they feel safe enough in their space with their parents that they can have those conversations and not feel attacked.

I didn’t go out drinking until I was 18, I didn’t do a lot of other things that were on offer. Because I was able to talk with my mother. I was able to say ‘Oh, this is what this is - fabulous.’ We did not make it always some big conversation, like we didn’t have to sit down on the couch face to face. I could just ask questions.

People that aren’t your age, they don’t really get it. Because they’re not the same age as you they may not have the same influences. People’s social media feeds - the power of the algorithms is it will cater to what you’ve already looked at and stuff, so people are going to see different things. So you could have a different experience to your parents and people older than you.

Snapchat – I avoid it as much as I can...But there’s the fear of missing out.

You can add people randomly. I have a lot of people from, I don’t know where.

If you’re very accepting to anyone who adds you randomly, it’s dangerous.

Even if you're not going to let your kid have Snapchat or anything, it's always a good thing to hear them out and, like, maybe do your research and explain, have a conversation about why you're not letting it happen instead of just 'no, it's not a good app, you're not having it'. Explain why. 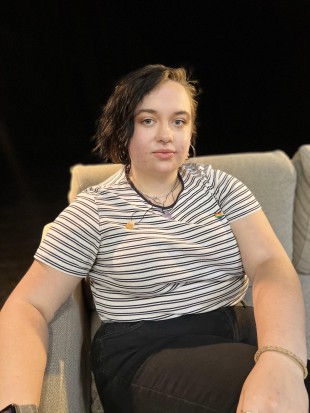 You kind of just keep scrolling and see all these kind of perfect lifestyles, I guess, and then we're all thinking our lives should look like that and it's just unrealistic and then it's making us feel unhealthy.

It can become overwhelming - We're seeing everybody with these perfect happy lives but you can't see the background.

Kids in smaller town don’t always feel less pressure. I guess it's something about small towns…you feel more pressure to be perfect, kind of, because you don't want people to see the real thing because small towns are full of gossip and that's kind of something they're famous for. So you kind of have to be careful with what you portray.

It's become such this, like, weird thing where you have people starting using the filters and changing the way they look. And then the people viewing that will see that and go ‘Oh, she's so amazing, she looks so beautiful’, and then they'll turn on their camera or something and say ‘Oh, I don't look like that’. So they'll put on a filter, and then like the whole cycle repeats itself and it's just people setting these unrealistic standards. But sometimes they won't even know, like, they'll think that's how the person looks, and then they'll compare themselves when it's not real, it's not.

I've played with them, just to see, like, what's going on, and it completely will distort your face, and you get so confused and hurt because you're like ‘Oh my god, this is what you're meant to look like’. But you kind of just have to try and cast it out…Hey, that's not real, but you are - you have to try. 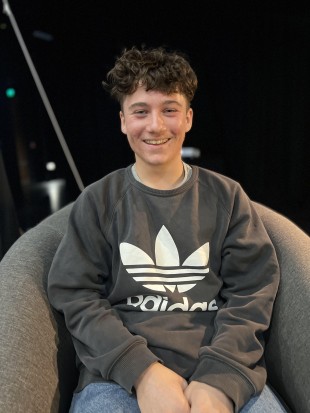 I feel like it would just be so much better if we didn't use filters, if just everyone stopped…We only see these things as gross or bad because we've grown up that way. Like in some other universe or something it could be the other way around, and it's so weird to think about it like that. Like, in another life, acne and things like that could be beautiful, and if you had smooth skin that can be bad…The way the world has developed, certain things are beautiful and others aren't. Yeah, we should ditch that theory, because I think everything can be beautiful.

Normal isn't really anything - we've just created it, and it's not a real thing. We’ve just made this word up to make something of a standard, but nobody's normal. We're all different. We're like a little snowflake. And it's, it's sad to see so many people our age are becoming more anxious.

I feel like teens compare themselves to other people so much, and then when adults or parents or whoever start comparing them to someone else or something else it just makes it so much harder.

It's an outside of social media thing too. I know I'm not the fittest person in the world, I'm not skinny - I can admit that, I'm OK. But the thing is, with this being such an outdoorsy town, I am surrounded by tall, skinny people and it kind of makes life kind of hard.

LGBTQIA+ and being an ally (especially if you are a parent)

I wasn't really sure who I was, so I ended up gravitating towards the people with the strongest sense of self…I fell in with a really bad crowd. 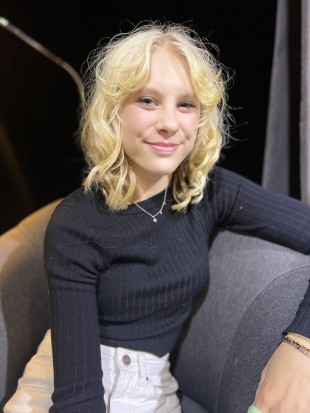 I came out in July of 2020, and at that point I had a pretty solid friendship group and I thought I was the only one that was coming out. And then I found out there were three other people who came out at the same time as me, so we already had like that network of friends…as time progressed, more and more people started coming out, and there was, like, a larger community for me …that was like the good side of it.

I played with how I wanted to express myself and my identity – my hair colour, haircuts, make-up, stuff like that. And as soon as I started to express myself, more and more people started to pick on me, call me names, call me slurs and stuff and I had done nothing wrong other than be myself and I just think that’s kind of a horrible thing for, like, anyone to do to anyone.

Wānaka as a general area, although I can't compare it to anywhere else because I've only ever lived in Wānaka, it's kind of horrible to be like an open queer person because I get slurs yelled at me as I'm walking down the street. People just yell at me for no reason - just because it's funny to get my attention...It's mainly people I go to school with, people in my year. Even at lunchtime - like last year I had food thrown at me just for existing.

Wānaka is a very white town, and it's very straight town as well...So, I'd say it's very hard to be part of some of those (minority) communities.

It's definitely taught and accepted by the teachers, I guess, but the kids, it's just not sinking in.

At our school, if you're the person, like, trying to call it out, or trying to say it's wrong, you're the bad one and you're the weird person. 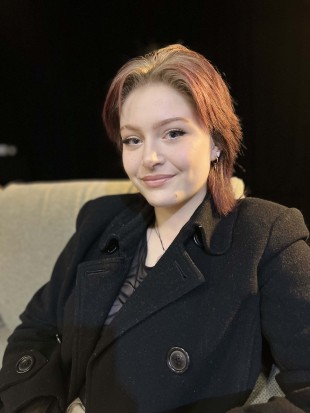 It's not always an environment where you can be, like, 'no'.

We talk about labels. You don't have to be put in a box, but if you want a box, it's there. In the long-run (parents and caregivers), love them, just love them for who they are. That's what matters.

Having those conversations is so important: 'I love you. I accept you. What is this new thing you have found and are obsessed with?'...but maybe don't fund everything.

At MAC, there is such a small group of openly queer people and there's, like, just this expectation that everybody in that group is going to get on with each other...That's weird - If you like flip it around, like, well, you're straight you should be friends - that's not going to happen. So you can't just expect, like, a whole bunch of queer people to all like each other.

And definitely it does start back to the parents. It starts with their opinions on gay people, on other cultures, and it starts with rewriting your upbringing and working backwards.

Kahu Youth’s conversation was a collaboration with the Wānaka Library’s Meaningful Conversation’s series, and coincided with Youth Week, the theme of which this year was ‘Our voices matter, we deserve to be heard’.

Keen to listen in? Kahu Youth has its own podcast series. Listen here.