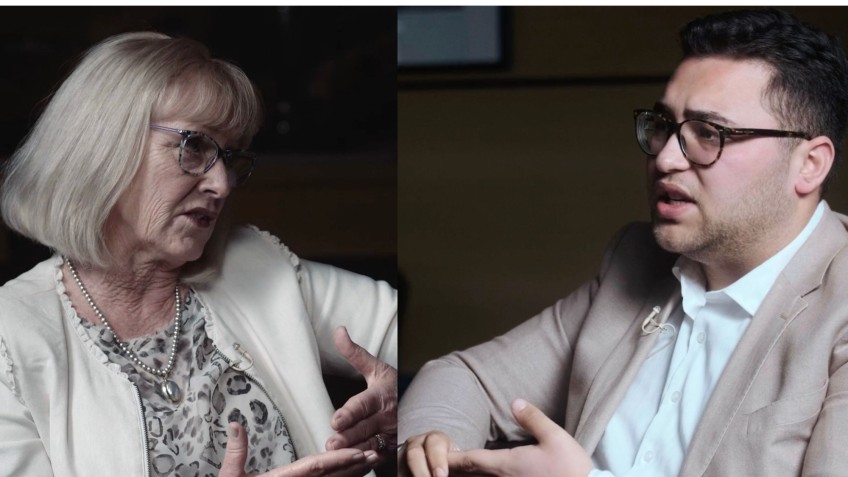 In these turbulent times we could see some dramatic and unexpected election results in October.

But is it too much of a stretch to imagine that a 21 year old Labour candidate could unseat National's long standing Waitaki MP Jacqui Dean?

Liam Wairepo has politics in his DNA and youth on his side. but Jacqui Dean has the wisdom and experience to convince more conservative voters that she is the safer bet.

The two candidates differ not just in age and gender - but in their views on the two referendum votes - cannabis and end of life.

Crux Managing Editor Peter Newport sat down with the two candidates for a detailed and frank discussion on the main issues affecting Cromwell and Wanaka - as well as some of the wider issues.

Recorded at the Highlands Motorsport Park in Cromwell. Shot and edited by James Haskard, sound Ian Masterton, Lighting Justin Mcrae. Made with the support of NZ On Air in partnership with Two Bearded Men.

We also publish responses from the other Waitaki candidates in the links below, to the same subjects covered in the main video debate.