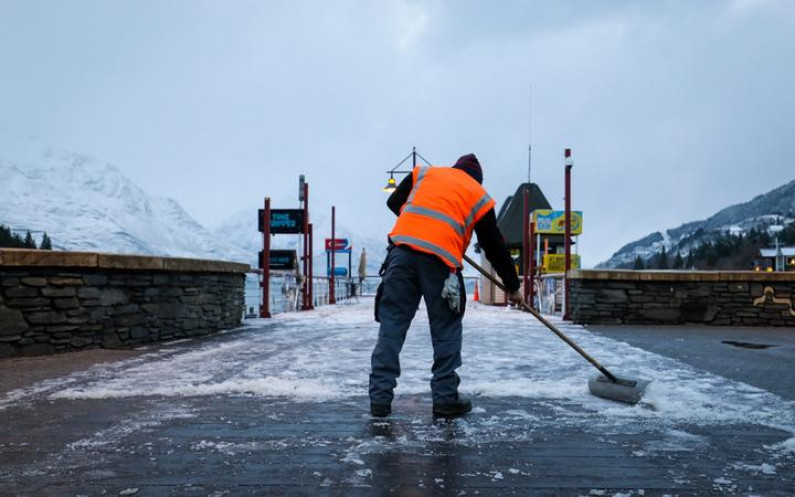 The South Island is in for another battering from the weather, as MetService issues a severe weather warning for central and southern New Zealand.

Gale force winds are forecast, followed by heavy rain and then snow over the next few days.

Severe gale winds are expected in the Canterbury high country from 11pm, with gusts reaching 130km/h.

MetService forecasted it would reach Wellington and Wairarapa by Tuesday afternoon and could cause damage to trees, powerlines and structures.

Driving may be hazardous in affected areas, especially for those driving high-sided vehicles or motorcycles.

From tomorrow morning, heavy rain is forecast for the West Coast of the South Island which may cause slips and surface flooding.

MetService has warned streams and rivers may rise rapidly, with 20-30mm of rainfall expected per hour at its peak.

By Wednesday, a cold snap could bring heavy snow in the far south, with Fiordland, Southland and southern Otago all expecting snowfall below 100 metres overnight on Tuesday.