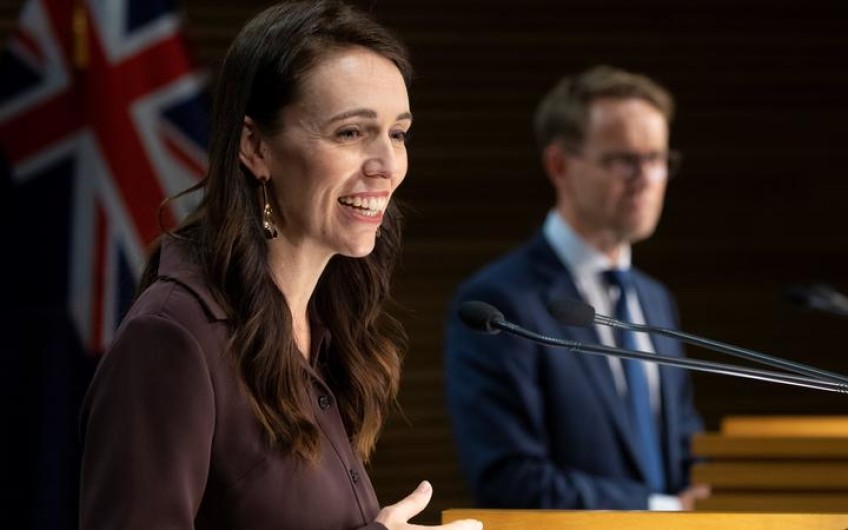 Booster shots of the Pfizer vaccine will be available in a fortnight for people who got their second dose more than six months prior, the government has announced.

Ardern also said the booster shots would be available to people who got their initial doses overseas, with Pfizer used regardless of what kind of vaccine they initially received.

Cabinet has made the decision to make boosters available to everyone to ensure "simplicity and equity".

About 144,000 people had been vaccinated for more than six months already, and that number would increase to 455,847 by the end of the year, Covid-19 Response Minister Chris Hipkins said. Many of those would be healthcare and border workers and older people.

She said there was no need to rush to get the booster, as the science showed fully vaccinated people remained well protected from infection and serious illness from Covid-19.

Increasing vaccination coverage of first and second doses - particularly for vulnerable groups like Māori and Pasifika - remained the government's top priority, she said.

They would be available from vaccination clinics, pharmacies and GPs, and could be booked through the book my vaccine website.

People who had a third shot because they were immuno-suppressed would need to wait until six months after their third dose.

Booster doses were not required for getting a vaccine certificate at this stage.

"Last month we secured an extra 4.7 million doses of Pfizer for 2022, and we also recently approved the use of Astrazeneca for those who are unable to have Pfizer," she said.

"The supply is enough, even if in the future eligbility extends to five-11 year olds, or we have a surge of people getting vaccinated or getting boosters."

Ardern said no country had escaped Delta altogether and that New Zealand had been spared the worst ravages of the variant.

"Nor would we, but we bought time by keeping some restrictions in play as we accelerated vaccination. This has worked. Even now with the highest cases we've seen to date in New Zealand we still have the third-lowest cases in the world."

The prime minister said the region had the second-highest testing rate in the country, and was just 3893 doses away from reaching 90 percent first doses.

She said the people of Waikato have helped contain an outbreak that could have spread much wider.

Bloomfield said the move to alert level 2 for Waikato was appropriate based on advice from health officials and the number of cases over the weekend.

Ardern said Cabinet was clear the decision was a temporary one, and was keen to move all of New Zealand to the Covid Protection Framework - the traffic light system. She said it was designed for scenarios where Covid-19 is in the community, and in some ways provided more safety than level 2 of the alert level system.

Cabinet is still planning to make decisions on when the country will move at the 29 November check-in. The prime minister said Cabinet was seeking expert advice on the advantage of a possible early move to the framework.

Ardern said there was a strong view from the Ministry of Health that it may be worth moving to the traffic-light system for the country earlier, and government was seeking advice from experts. Auckland was already likely to move to the system near 29 November.

The approach of trying to extinguish cases where possible would continue, but what is being seen is a change in approach from using lockdowns to relying on contact tracing instead. Bloomfield added it was high vaccination rates which allowed this.

Ardern noted that in education, there's a large number of people under 12 who cannot get vaccinated, and healthcare was where the most vulnerable people were exposed.

She said the protection framework was "better suited to the future that New Zealand's moving into".

New Zealand was not alone in setting up a framework that gives more access to some activities to vaccinated people compared to the unvaccinated, she added. "The alternative is that we actually have more restrictions for everyone and actually when we have vaccines available to us, why wouldn't we use them as a way to keep everyone safe."

Bloomfield warned that, with cases currently popping up in other parts of the country, having vaccinated and unvaccinated people in the same areas offered less protection than using the traffic-light system.

With vaccination mandates now in place for the education sector and others, Ardern said exemption applications had been relatively low.

"What we've found through our mandate experience is that, actually by and large, once mandates are in place and an employer works it through with an employee, for the most part many individuals are either successfully redeployed or make a choice to be vaccinated," she said.

There were only 11 schools reporting a high risk of staffing issues from the mandate, Ardern said.

"We've received overall four exemption applications and these are currently being assessed by the ministry and minister."

The virus emerged in Rotorua, Taupō and the Tararua district over the weekend, and was confirmed in Taranaki late last week.

This morning Ardern told RNZ it was not unexpected that cases had spread south down the North Island.