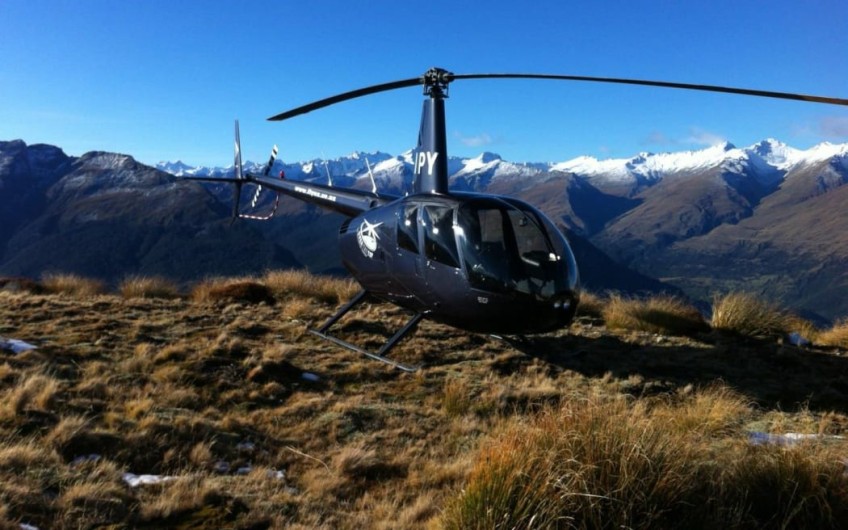 Robinson helicopters too risky for southern terrain, blamed for deaths in Q'town

An accident which killed two men in a Robinson R44 near Queenstown would not have occurred in any other type of helicopter, a coroner has found.

Steve Combe, 43, and James Patterson-Gardner, 18, were killed when the blades of the helicopter struck the cabin, breaking it up in mid-air, in the Lochy Valley in February 2015.

Combe, a very experienced pilot, was taking Patterson-Gardner on a training flight.

Combe had more the 4500 hours of experience flying helicopters, including 2145 in Robinsons, 2435 of mountain flying and 1380 hours of instruction.

Patterson-Gardner had flown 10 hours of training flights in the R44, though he had been around aviation all his life.

The Robinson was owned by Over The Top, a long-standing Queenstown business owned by Louisa Patterson, Patterson-Gardner's mother.

She was a very experienced and well-known pilot with over 12,000 flight hours.

Coroner Alexandra Cunninghame said the sequence which killed the men occurred in a matter of seconds.

Both were killed instantly on impact.

There have been 19 deaths in Robinson helicopters in Aotearoa due to similar incidents.

The Transport Accident Investigation Commission said their design meant they were uniquely risky in mountainous terrain and weather conditions common in New Zealand.

"James was at the controls of Robinson R44 ZK-IPY as it flew down the Lochy Valley at 102 knots ground speed, at the end of a training flight. He was being trained and supervised by a very experienced and safety conscious pilot and flight instructor," Coroner Cunninghame said in her findings.

"James, who had flown a total of ten hours of training flights in ZK-IPY, was appropriately experienced to fly down the Lochy Valley on a training flight.

"The Lochy Valley is a mountainous region which is susceptible to turbulence and changes in wind speed and direction. It is more likely than not that ZK-IPY encountered an abrupt change in wind direction or an abrupt gust on a day that for any other make of helicopter, would have been perfect for flying, when only light turbulence was expected.

"An airspeed of 102 knots increased the risk of a right roll and/ or main rotor blade divergence during a low-G event. The risk was also increased because a student pilot was at the controls.

"The encounter by a student pilot with an abrupt change in wind direction or gust at 102 knots ground speed resulted in a main rotor blade divergence sequence. The blades of the helicopter struck the cabin, breaking it up in mid-air."

The coroner said this sequence occurred in a matter of seconds. Both pilots were killed instantly on impact.

"In any other type of helicopter, the accident would not have occurred in these circumstances. The design of the Robinson rotor head makes the R44 [and the R22] particularly vulnerable to gusts, turbulence, and wind direction changes, even at relatively conservative speeds."

The coroner advised that until more research was done, which would provide greater certainty regarding the cause of main rotor blade divergence, Robinson helicopters should not be flown over 70 KIAS (Knots Indicated Airspeed) in areas where moderate to severe turbulence was likely.

"Many areas in New Zealand are mountainous and moderate to severe turbulence is likely. Therefore, Robinson helicopters are vulnerable for much of the flying that is done in them in New Zealand."

She also issued a raft of recommendations in the hope that "no other family will experience the loss of a loved one in a rotor blade divergence incident in a Robinson helicopter in this country".

Among the recommendations was the Civil Aviation Authority and the Transport Accident Investigation Commission working with the Ministry of Transport to study the Robinson's rotor blade system, and regulations to prohibit the helicopters being flown in potentially dangerous conditions.

She also recommended limiting their speed to 70 Knots Indicated Airspeed.

She called on owners and operators of helicopters to fit their cockpits with video recording systems.

The Transport Accident Investigation Commission has the issue with Robinsons listed on its watchlist of pressing safety concerns.

A Civil Aviation Authority spokesperson said they were studying the coroner's recommendations.

"The CAA is carefully working through the comprehensive findings and recommendations of the coroner, which are largely policy and technically focused," the authority said in a statement.

"This will take some time, and our process will include working through them with other agencies and stakeholders and so this means that at this stage of our analysis we are not in a position to make comment on the way they will be addressed.

"The CAA acknowledges the coroner's findings. We will ensure our response to these recommendations is thoroughly considered, balanced and continues to maintain robust safety oversight of the aviation industry."