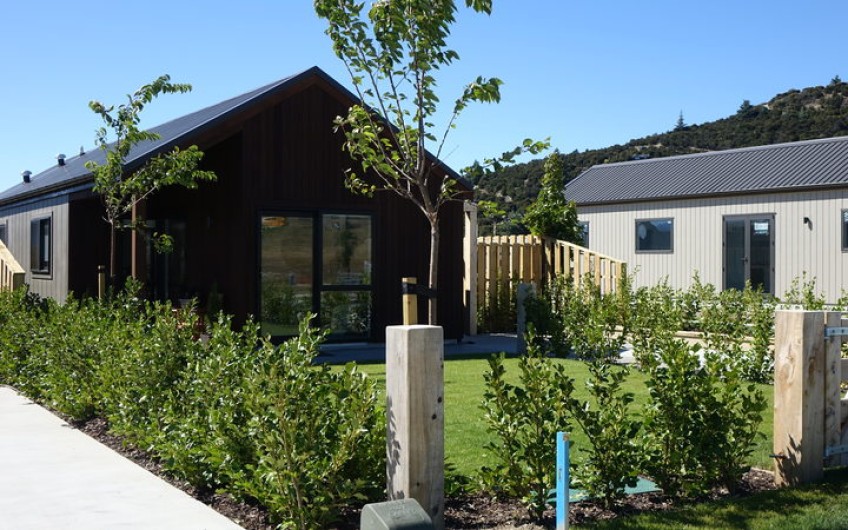 Wanaka's housing market is booming and affordable housing is in high demand, so why are five out of 10 KiwiBuild homes are sitting empty?

More than 200 KiwiBuild homes have been earmarked for Wanaka's Northlake subdivision with the expectation they'll be built in the next two years.

The original 10 were offered in a ballot, but only five have sold since October.

Queenstown Lakes District councillor Quentin Smith said he thought there would be more of a demand for KiwiBuild homes.

"Certainly there is a housing affordability crisis. That's plainly obvious to everyone, it's an incredibly expensive place to be so it is surprising that there hasn't been more uptake of the KiwiBuild," Mr Smith said.

"But my personal feeling is that people don't necessarily perceive it as good value for money in terms of what they get for what they're paying."

But they're competing with other houses on the market in the Queenstown Lakes District.

Two years ago, the council predicted Wanaka needed 4300 homes by 2048 to cater for projected growth.

RNZ put a series of questions to Housing Minister Phil Twyford about the work that went into establishing market demand for KiwiBuild houses in Wanaka.

A spokesperson for the minister told RNZ he did not consider this to be breaking news, he did not want to be distracted during a trip to Australia and would answer questions at a later date.

Former Queenstown Lakes District deputy mayor Lyal Cocks was one of the commissioners who approved the Northlake plan change - years before KiwiBuild entered the picture.

"There's a lot of areas that have come up for development now and they're being developed by three or four developers. This ranges from some in Wanaka, but then you've got Lake Hawea, Luggate and a little bit in Hawea Flat so these developers are developing housing areas with houses that may be more attractive than maybe the KiwiBuild ones that are on offer at Northlake," Mr Cocks said.

Many of those subdivisions were offering more floorspace than KiwiBuild's average of 87.5sq m, he said.

Renee Hystek and her partner bought their first home through KiwiBuild, saying it was the easy and stress-free option.

"If we were to build ourselves or we were to find our own house, it would have taken a lot longer," Ms Hystek said.

"If you were a stickler on your details of your new house, it wouldn't have worked for you. But we were like 'I don't want to make those decisions, this is obviously going to be a nice house'. It was just quite a win."

However, Queenstown Lakes Community Housing Trust executive officer Julie Scott said a $600,000 house was not affordable and the five empty homes were a testament to that.

The trust's clients have an average gross household income of about $70,000 and, on average, have a first home deposit of $30,000.

"When I look at our waiting list of close to 600 households, around 120 of those are based in Wanaka so you do the maths and you can see quite clearly that the average household on our waiting list simply can't afford to buy a $500,000 or even $600,000 on their own," Ms Scott said.

The trust was trying to help by offering an assisted ownership programme, which reduced struggling families' deposits and mortgage repayments by providing a leasehold agreement between the trust and the household, she said.

But Wanaka Community Board member Rachel Brown said KiwiBuild had missed its mark and those families were still being left out in the cold.

"There's nothing available to rent at a decent value and there certainly isn't anything they can get a deposit down on."

People who could actually afford KiwiBuild were more likely to try their luck on the open market, and on top of that, speculators were moving in to make a profit, she said.

"I think the situation in Wanaka, if you look around, to me it looks like a gold rush. There's a huge property market, there's a huge market in speculation and people are arriving in droves to make money out of it."