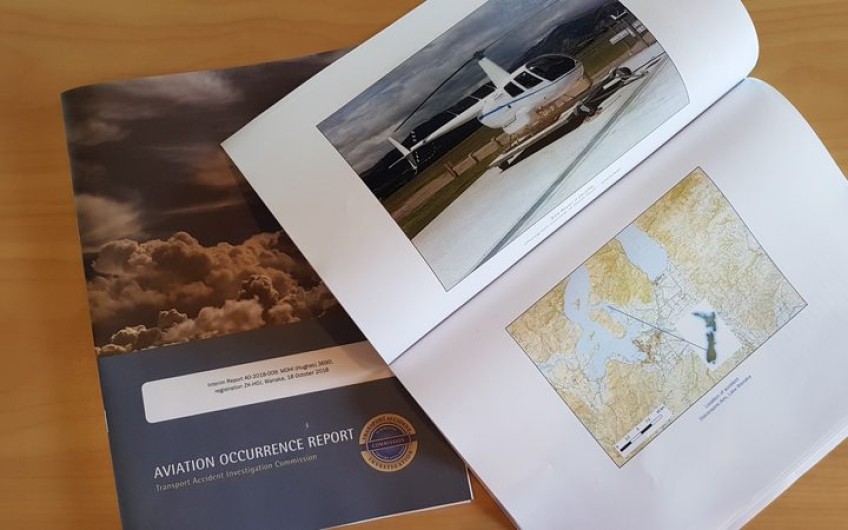 The Transport Accident Investigation Commission (TAIC) says there's evidence a pair of over-trousers came out of a helicopter and became entangled in its tail rotor before it crashed, leaving three people dead.

Interim reports from inquiries into two recent fatal helicopter accidents near Wanaka are being released today.

The men killed in the October crash were taking part in an operation to reduce tahr numbers.

TAIC said its interim report into the crash highlighted the major safety risks posed by loose items in the cabins of helicopters.

"There is evidence that a pair of over-trousers that had been packed in the cabin came out of the helicopter and became entangled in the tail rotor," chief commissioner Jane Meares said.

Witnesses to the crash said they saw items coming out of the helicopter towards the tail rotor, the interim report said.

The helicopter continued to descend and struck the ground, catching fire after impact.

Last month, the Civil Aviation Authority issued a safety warning about the importance of securing loose items in helicopter cabins.

Investigators also discovered there had been three incidents in the month before the crash in which the helicopter's doors opened in flight, Ms Meares said.

"Effective safety management depends on such incidents being reported and investigated, but none of these occurences were recorded in the operator's incident reporting system."

The scene of the crash near Wanaka Airport that claimed three lives in October (left), while police divers search for the wreckage of the helicopter that crashed into Lake Wanaka in July (right). Photo: ODT / NZ Police

Meanwhile, TAIC has also released its interim report into a helicopter crash in July, in which a Robinson R44, piloted by Matthew Wallis, crashed into Lake Wanaka.

Ms Meares said although they had not come to a conclusion about what caused the accident, there was evidence that the helicopter may have experienced mast bumping at some point.

That was always a concern, she said.

"There is also evidence that a main rotor blade has struck and entered the cabin in flight. There are score marks on the blade that match the screw on the canopy bow; there is scoured paint on the screws. The same rotor blade has marks matching damage to the flight instruments panel."

TAIC would continuing investigating both accidents, and formal findings would be issued after that.