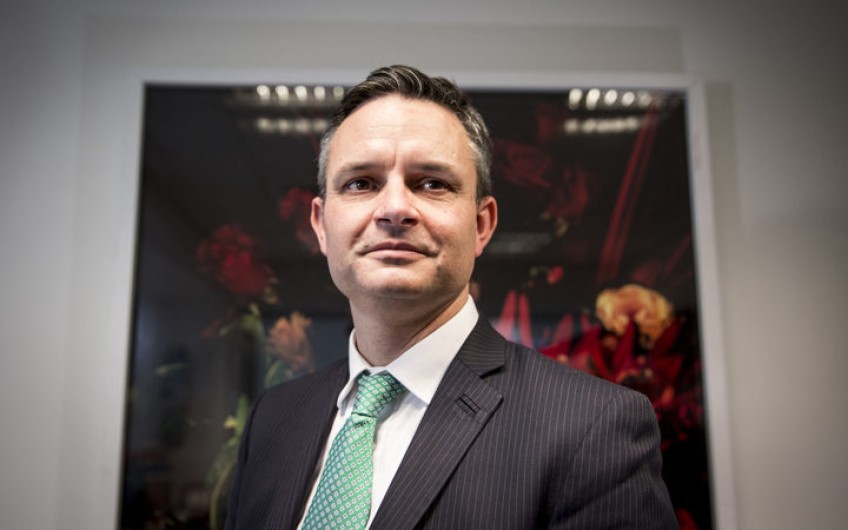 Power Play - For a party which espouses open and transparent democracy, the secretive nature of the Greens' annual conference is a poor showing.

The Greens head into their AGM in Dunedin this weekend with the focus on the 2020 general election; the message to MPs, says Mr Shaw, is they want the government to go "further and faster".

But a hyper-sensitivity about their media image has led to them holding the most closed-down annual conference in recent memory - for any political party. Only two speeches will be open to the media, along with a 'World Cafe' - 'speed dating but for ideas' according to James Shaw.

Even then reporters have been told this is an 'off-the-record' event with no cameras or photos, and any members having to give explicit permission before being interviewed.

Mr Shaw defends the shut down nature of this AGM, and previous ones, due to "a bit of a caricature" of the party and some media looking for "hooks and angles to reinforce that stereotype" and so the reaction was to allow media into big set piece events but keep "private" conversations, private.

There may be a case for that to change, he said, now the Greens had been in government and the caricature was "starting to shift".

That nervousness may also be driven by a growing narrative that the Greens are failing to deliver for their base.

The Greens are one part of a three-headed government but are very much seen as the one with the least bite.

They have, however, been making steady progress on some of the environmental policies that will keep their base happy, most notably the Zero Carbon legislation, which sets future emission reduction targets and establishes the Climate Commission, the $100 million Green Investment Fund, and work on waste minimisation and reducing plastics.

On the social justice side though, the runs on the board have been few and far between. Much was made by the Greens of the need to reform the "punitive" welfare system; one consequence of that campaign was the departure of former co-leader Metiria Turei from Parliament, but despite a comprehensive report from the Welfare Working Group little has changed under this government. Mr Shaw points out the term is not yet over and getting more support for low-income New Zealanders is still on the list.

There have been gains in transport and to address domestic violence, but poverty, inequality and the housing crisis are still pressing issues. While there have been policy and legislative changes, they have not yet made a material difference.

The agreement to hold a cannabis referendum in 2020 is one item ticked off the list.

The inability of Labour and the Greens to get a Capital Gains Tax over the line was a stark demonstration of the influence of New Zealand First with its flat refusal to reach even a compromise position over a policy both of its governing parties had vigorously campaigned on.

Mr Shaw said that result was "really disappointing" but of all the things the Greens were hoping to achieve was the only one definitely off the table.

"There are other things that we would like to go further than we're able to at the moment, but that was the one thing that just got kind of scratched off the list."

It's well known political lore smaller parties struggle to survive governing arrangements, one the Greens will be painfully aware of, as will New Zealand First. Another common dynamic is that when Labour is popular, the Greens' vote suffers. That presents a difficult scenario - if the Labour vote remains strong that could starve the Greens, if Labour's vote collapses the Greens could benefit but the upshot is more likely to be a larger Green caucus on the opposition benches.

One alternative then is to strongly distance itself from Labour - New Zealand First certainly has enough mongrel to savage Labour in an election campaign for political advantage, but do the Greens?

The Greens have never positioned themselves as an independent party, unlike New Zealand First, so lack the strategic advantage of being able to play off Labour and National come post-election negotiations. The prospect of their party supporting the National Party would likely horrify much of the Green membership, even with sporadic talk of 'teal deals' over past years.

However, during the parliamentary term the Greens have voluntarily relinquished the ability to give Labour a bit of stick during question time and promote the Green brand, by giving National most of its allocation of parliamentary questions. Mr Shaw said that was to help National hold the government to account (a government of which he is a minister) and to avoid patsy questions. But the result of that decision is still patsy questions from the Greens when they do decide to use them, and a lost opportunity.

Fair enough the Greens want to operate in a less combative way than some of its political counterparts, but robustly questioning other ministers on policy areas where members would want to see a more challenging approach would not have to compromise their style, or their relationship with Labour.

The party's stance on Ihumātao and its support for the protestors is contrary to the government's stance and is one way in which MPs have clearly differentiated themselves, and more of that kind of action will be needed as the election draws nearer.