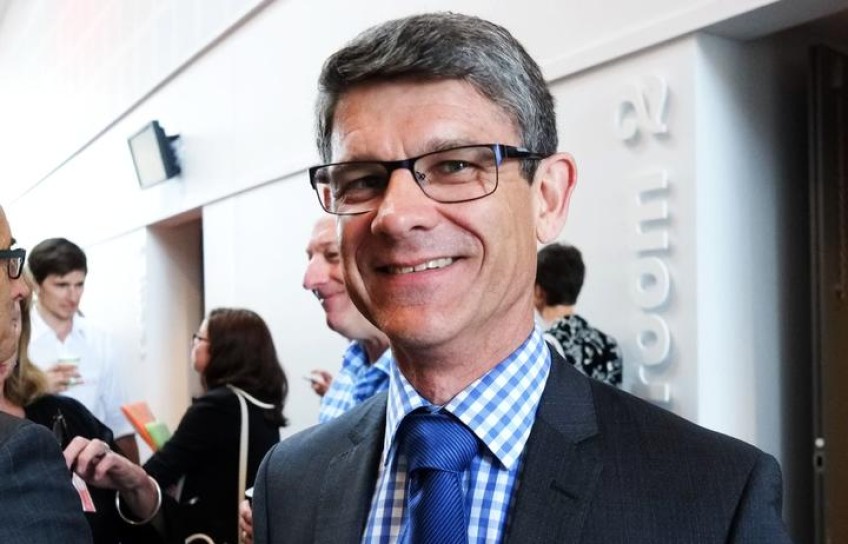 When it rains, it pours - that has been for the tourism industry, whether it was the opening of the floodgates when international visitors numbers spiked earlier in the decade or when the borders closed last year, reducing visitors to a trickle.

For the past seven years, Chris Roberts has been at the helm of Tourism Industry Aotearoa, starting in 2014 when the sector was showing the first signs of growth since the global financial crisis.

"Then that growth really took off and we had a tourism boom and we saw a 50 percent increase in the size of the visitor economy in New Zealand ... (tourism) became our largest export earner, was making a huge contribution and the conversation was turning to how we have too much growth and how well were we handling that growth," Roberts said.

"Of course, those conversations changed pretty quickly when the pandemic struck."

The latest Tourism Satellite Account findings showed a third of all people employed in tourism were lost in the first year of the pandemic with international tourism spending plummeting by 91 percent to $1.5 billion and total tourism spending dropping more than a third to $26.1b compared to the previous year.

Roberts has announced he will be stepping down as Tourism Industry Aotearoa's chief executive, effective from late January.

While it is an opportunity for a break and new challenges, Roberts said he was proud of the tourism industry that had collaborated and continued to hang on despite suffering huge losses.

"The majority of tourism businesses have downsized and they haven't gone away entirely, and the owners of those businesses are intending to come back.

"Many of our tourism businesses are a lot smaller than they were pre-Covid. In fact, they may be the size of business they were 30 years ago and they're all hoping they can grow again when the tourism recovery does come.

"Tourism is always going to be a rollercoaster ride. There are good times and we've gone through some of the very worst of times so your business needs to be resilient and if you've survived Covid, you probably can survive anything. But we don't know what else will be around the corner so build resilience into your tourism business."

He urged the industry to prepare for more uncertainty in 2022 despite hopes that borders would be able to reopen without seven days of isolation later in the year.

"For some tourism businesses, the best decision they can make may be to hibernate, not to dig a hole even deeper, and wait for when it's the right time to reopen.

"Other businesses can survive on just the domestic market and will be able to carry on. But every tourism business needs to take a careful look at themselves and decide what is the best approach for them."

Covid-19 would change global travel, but New Zealand was in a good position attract visitors once the borders reopened, he said.

As for the challenges ahead, taxes, investment and jobs remained on the radar and largely unanswered.

They had not fully worked out what might be the best method for tourism to pay its own way, they were waiting for a comprehensive plan to ensure they have the right tourism infrastructure in place to cater for visitor growth in the future, and they were grappling with how to attract and keep staff, Roberts said.

Despite everything that Covid-19 had thrown at the industry, tourism businesses remained committed to becoming sustainable, he said.

He unveiled the Tourism Carbon Challenge at the industry's annual summit in November, which urged every tourism business to measure its carbon footprint, act to significantly reduce emissions by 2030 and contribute to an industry that was net zero carbon ahead of Aotearoa's 2050 goal.

One of the bright sides of the pandemic was the number of New Zealanders exploring their own backyard and appreciating what was on offer, he said.

While international tourists would eventually return to Aotearoa, Roberts wanted to ensure that visitor growth was not at the expense of communities or the environment.

In 2015, Tourism Industry Aotearoa launched the Mood of the Nation research, to understand how New Zealanders felt about tourism, particularly international visitors.

The research showed that the more visitor numbers escalated, the more New Zealanders were concerned about the growth.

"Now of course, all of that visitation has disappeared but it will return and we need to be aware that New Zealanders do have concerns about too much tourism so we have to take the community with us as we rebuild our visitor economy."