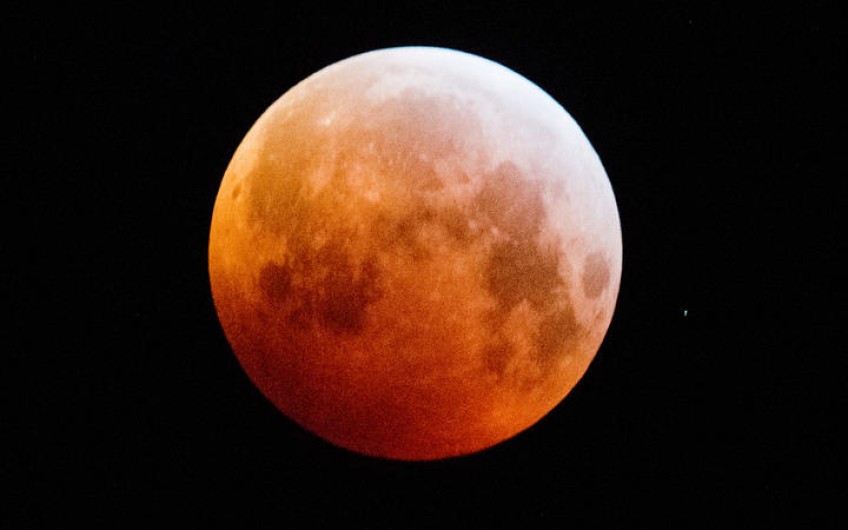 Total lunar eclipse: When and where to see it in New Zealand

A space scientist is encouraging people to go out and see the blood moon eclipse tonight.

The "total lunar eclipse" will coincide with what is known as a supermoon when it is at its closest point to Earth.

At 9.45pm on Wednesday the partial phase begins when the Earth's shadow starts to creep across the moon.

At 11.11pm the eclipse will reach totality, that is when the moon is entirely within the Earth's shadow, and will last for 15 minutes.

If the skies are clear, anywhere in New Zealand is good enough to see the celestial show.

"It is a bit special. We don't get a chance to see a total lunar eclipse very often. This is the first chance in two-and-a-half years and it'll be another couple of years before we get another chance.

"For this particular one, New Zealand is ideally located because the moon is going to be high in the sky. It's going to be close to midnight that we get totality, actually 11 minutes past 11pm.

"Everything is looking good, let's just hope the skies are clear for everybody in New Zealand to see this this evening."

He said there was no need for special equipment to view it, however, a pair of binoculars or small telescope would help.

"You can go out in your backyard, or into the main street of whatever town you're in. The moon is bright enough to be seen despite city light. So no special equipment, anywhere in New Zealand, let's just hope the clouds stay away."

He said even if it was a bit cloudy, the eclipse would go on for a while so there was an extended chance to see it.

"So 9.45pm the partial phase begins, that is the Earth's shadow starts casting itself upon the surface of the moon. That will progressively move across the moon, until 11 minutes past 11 the moon will be entirely within the Earth's shadow and that's what we call totality, that goes on for 15 minutes."

At that time the moon will appear to be a kind of dark brown or a blood colour. It depends on sky conditions.

"Very often we say it's the colour of blood and certainly, that has been the way which it's been pointed out to people in the past and they've used it as an omen for great things happening or bad things happening and so on."

"This one is going to be particularly prominent because it's occurring while the moon is close to its nearest approach to the Earth," he told First Up, which was why it was also being referred to as a super moon.

Southland and Otago are among the best places to view the Blood Supermoon.