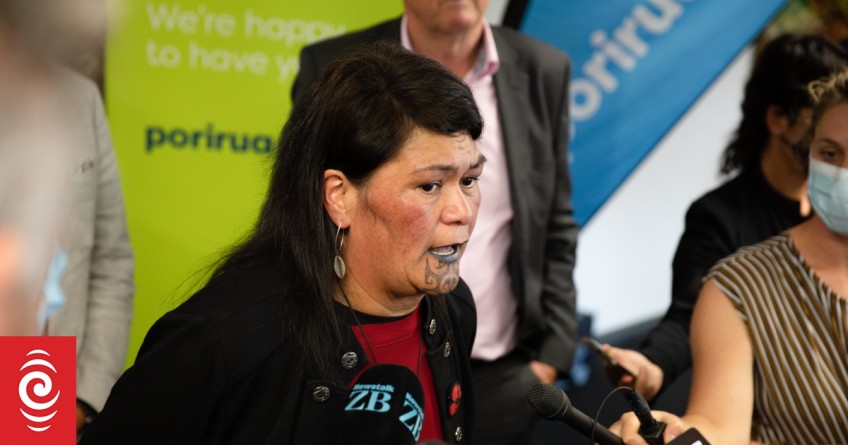 The Green Party has withdrawn its support for the Three Waters legislation at the third and final reading, saying there's not enough protection against the water assets being sold.

The bill has been passed by Parliament, but Labour was the only party to vote in support, using its majority to get it over the line.

Earlier in the week it performed a major backdown after previously giving support to a Greens anti-privatisation clause.

Labour then voted to strike that clause out after warnings about a constitutional breach for using entrenchment for anything other than electoral law.

The Greens had supported the legislation until now, but said on Thursday there are no longer adequate protections against the water assets being sold off by future governments.

Green Party Three Waters spokesperson Eugenie Sage said the bill meant the four new public entities being set up would be able to operate water services in the public interest, and would prevent those entities from asset sales.

But the removal of her entrenchment clause would leave those entities open to being partially or entirely sold off to private investors if a future government decided that was best.

"There is no protection against a future National and ACT government changing the law by a simple majority," she said.

"We've got a corporate structure now, we need to invest in three waters, but because we don't have public ownership for three waters safeguarded against a simple majority in Parliament, we think there's a big risk there."

The legislation would place the three waters infrastructure management under a corporate structure, and consolidate the assets like pipes and treatment plants into one place.

"The Greens withdrew support at the third reading because the bill doesn't contain protections on the privatisation on our three waters assets if a future government wanted to change the legislation," Sage said.

Labour was only able to pass the legislation because it holds a majority of more than half the MPs in Parliament.

"Labour has that mandate, it has used it," Sage said.

The debate in the House was rowdy, with several MPs attacking the reforms. National, ACT, the Green Party and Te Paati Māori all voted against the reforms, formally known as the Water Services Entities Bill.

Local Government Minister Nanaia Mahuta has appeared to back the Greens' position that in this case, the need for privatisation protections outweigh the constitutional norm of restricting entrenchment to electoral matters.

She was interrupted by opposition MPs while saying the government was "100 percent committed to ensuring our water assets remain in public ownership", and said they should make the same commitment to New Zealanders.

She also highlighted recent water management problems around the country, with one community in Matamata-Piako put on a boil water notice just last week.

The water regulator Taumata Arowai had also received 209 notifications from water suppliers of uncompliant drinking water from 31 councils over six weeks, she said.

National MP Simon Watts, the party's spokesperson on three waters, said the law was one of the most controversial pieces of public policy in this term of government, with the majority of 88,000 public submissions against it.

"Most mayors and councils across this country support the need for reform, to improve water infrastructure, but strongly oppose this bill as a means to achieve those ends," he said.

"National believes, alongside our local communities, that water services in New Zealand should be safe, resilient, reliable, and customer responsive at least cost."

He also referred to the entrenchment debacle as an embarrassing backdown, saying it "has given insight into the inner thinking of parts of the Labour caucus: a willingness to dangerously try to change our democracy for their own means".

National and ACT have both promised to repeal the legislation, emphasising their desire to see control and ownership of water services remain with councils, and their opposition to co-governance.

ACT also wants to bring in public-private partnerships to help finance the upgrades which would be needed, and MP Simon Court described what that could look like.

"It turns out that infrastructure, which includes big subdivision developments, wastewater and stormwater networks, and drinking-water treatment plants, is the perfect place for long-term institutional investors to invest. They know that if they got a billion dollars and they put it into a wastewater treatment plant, then the city that operates that plant will be able to pay it back over 30 or 40 years."