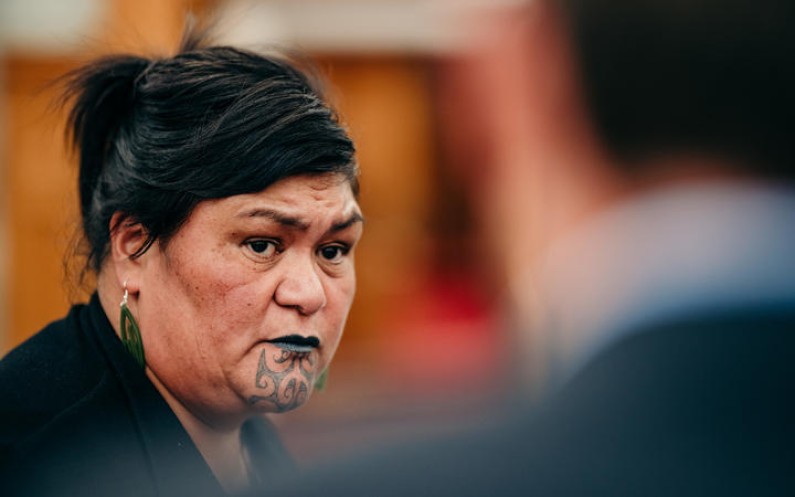 Three waters: Councils to be shareholders as government accepts recommendations

The government has accepted 45 of the three waters working group's 47 recommendations for changes to its water infrastructure reform programme, with minor changes.

Speaking from the Pātaka Art and Museum in Porirua, north of Wellington, Local Government Minister Nanaia Mahuta and Infrastructure Minister Grant Robertson have this morning laid out next steps.

The reforms would move responsibility for the management of drinking, waste and stormwater from 67 local councils to four large, specialised water management organisations.

However, after months of deliberations, they confirmed councils would be given non-financial shareholding interests in the four water service entites, guaranteeing ownership - one of the key concerns raised over the government's initial model.

This would be allocated based on population - with one share per 50,000 people, rounded up to ensure at least one share per council - and would be reassessed to account for population changes every five years.

The co-governance provisions proposed - to have mana whenua and councils given equal number of seats on a representation group which sets the entites' strategic direction but has no say in operational matters - would remain, with the additional option of having co-chairs.

The separate boards of the entities themselves would be appointed by the regional representation group, based on competency requirements with a ban on conflicts of interest - including a prohibition for councillors to be on the entity boards.

Some of the proposals also called for the representation group to have greater influence over the entities.

There will also be extra protections against privatisation which would require at least three quarters of Parliament to agree before any sale or merger could be done.

Robertson said there was an accepted need for change, and the reforms were fundamentally about delivering clean and safe drinking water at an affordable price.

"You only have to look at the number of burst pipes, boil water notices and the volume of sewerage spewing into our harbours to see we can't carry on as we are," he said.

"At the heart of councils' concerns have been the issues of ownership and voice ... we have listened to these concerns and modified our proposals accordingly."

Mahuta said she acknowledged there was anxiety about change, but services had been underinvested in for too long.

"We are now at a point where the case for change is well made and the policy has been robustly tested and improved. We have listened to concerns and now is time to move forward."

The two recommendations which were not accepted by the government were 44 and 45, which would have seen the Crown forking out for further analysis of how much funding would be required to fix degraded waterways, and see the Crown maintain financial interests in water services.

Department of Internal Affairs officials explained these were essentially redundant, as the case had already been laid out and the reforms were in part intended to ensure taxpayers would not have to pay extra.

The reforms were launched in response to the Havelock North campylobacter water crisis which has seen the government already bring in legislation to improve drinking water standards.

However, the investment needed to bring the country's infrastructure up to this new code and prepare for climate change and future water supply concerns would require large amounts of funding.

The four entities are estimated to be able to borrow at levels six to eight times what their revenue would be, which compares to council borrowing of just three times revenue, which also has to be spent on other local assets.

The government's solution - to consolidate - aims to allow the new water service entities to borrow much larger sums than councils could ever manage alone, but fears of losing control, accountability, and ownership of water infrastructure built up over generations has seen a strong backlash from many ratepayers and councils.

In response, the government set up a working group composed of mayors, Māori representatives, and an independent chair.