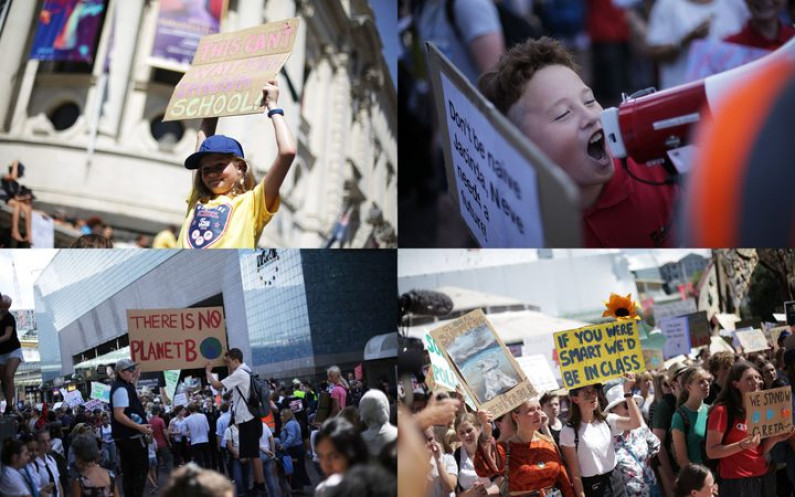 At least 2000 spirited students and their supporters descended on Parliament as students around the country demand urgent action on climate change.

The lawn in front of the Beehive was packed with young protesters this morning and chants like, "No more coal, no more oil, keep your carbon in the soil" surely reached the politicians inside.

Thousands of school students from Russell to Invercargill are expected to take to the streets today, as part of a worldwide protest against climate change.

The students want action to move the country off fossil fuels and on to renewable energy.

They accuse the government of not doing enough to stop global warming, and they are taking the day off school to show how worried they are about their future.

One of the strike organisers, Year 13 student Molly Doyle said she believes the strike is the best way to create awareness of the situation.

Co-organiser Isla Day said young people could not wait until they were older to take action on climate change.

"We need to take more action on climate change now and a lot of that action is not going to come from trying to use the train rather than driving your car. We need to drive systematic change," she said.