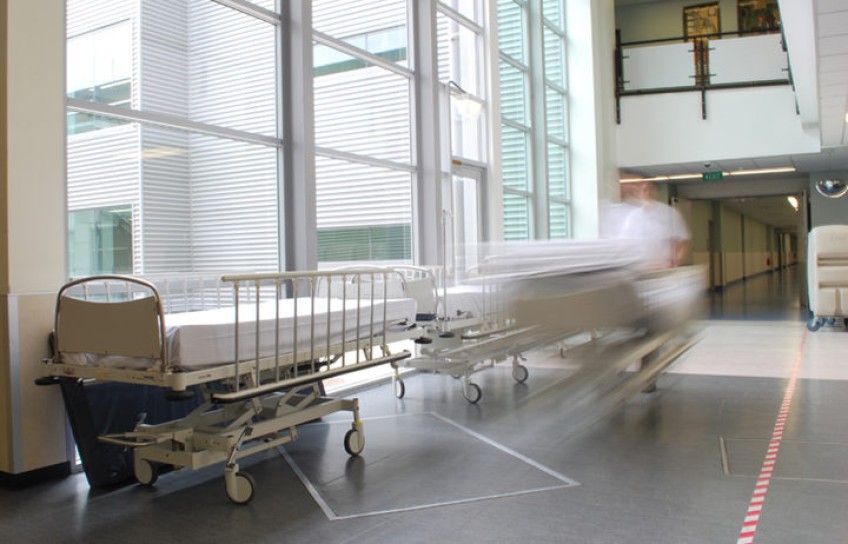 The closest ever look at the country's hospitals reveals many intensive care units, operating theatres and emergency departments are in "poor or very poor" shape.

The government is releasing the stocktake of hospital infrastructure today, putting the fix-it bill at $14 billion over the next decade, in a repeat of an estimate first given in 2018.

The 86-page report pulls the covers back on the state of more than 1100 buildings, the sometimes precarious state of the power, water and IT systems and services that keep them running, and provides a grim health check on the clinical spaces that patients rely on.

A second, 30-plus page report details which district health boards (DHBs) have what poor hospital buildings and why.

The first-ever review of $24b in public assets comes amid unprecedented strains placed on them by the Covid-19 pandemic.

"Audits of DHBs found that poor asset management has compromised the quality of long-term plans... The Covid-19 pandemic response also highlighted weaknesses in health sector asset management, notably around the capacity of facilities, sitewide infrastructure, clinical equipment and IT," the stocktake said.

The Ministry of Health (MOH) admission covers problems with sourcing vital equipment such as ventilators, problems with older negative pressure rooms so poorly designed they compromise infection control, and problems with data systems so old and mismatched they have hampered development of a gold-standard contact tracing system.

The stocktake was sparked by Middlemore Hospital's infrastructure woes revealed by RNZ in 2018.

Health Minister David Clark told Morning Report he's a bit shocked at seeing how under-investment has affected hospitals over a long period of time, but also asked for the review knowing it would reveal shortcomings.

"[We knew] we were likely to find that many of our building's, as they get older, have issues with modern delivery of care and aging infrastructure that underpins them."

"What this report highlights is that ongoing investment will be needed, there's no doubt."

The stocktake assessed nearly half of the country's critical care units, focusing on those in 75 older buildings at 31 hospitals, and comparing them to units in five newer blocks.

"As expected, the older units scored from very poor to average, with a poorer range of scores for mental health and intensive care units," it said.

Out of 32 ICUs, emergency departments and operating theatres, 17 rated as "poor" against nine key measurements of how they were designed.

Less than a third got an average score, and only 15 percent rated good or very good.

The same went for 15 out of the 24 mental health units assessed - poor or very poor.

To sum up the problems, many of the facilities are too cramped, too dirty - the surface materials such as wood are hard to clean, but also separation of clean and dirty (such as soiled linen) workflows is poor - and too cluttered to keep a safe eye on patients.

At Starship Children Hospital, for instance, its operating theatres are too small and cross infection is a risk.

Six out of 10 intensive care units assessed did not have proper negative pressure rooms - some lacked adequate door seals.

"There appears to be a poor understanding of the [Australasian Guidelines] for negative-pressure rooms, a problem also observed in the intensive care units," the stocktake said.

Whangārei's emergency department was only 40 percent as big as it should be.

Only one emergency department, at Wairau, had the layout and space that modern standards demanded.

However, when the first part of this stocktake - a DHB self-assessment of almost a thousand buildings - came out in March, RNZ Insight found that doctors and nurses were insistent they were going above and beyond to deliver safe services, with good clinical equipment, though some also said they were at breaking point due to the facilities.

The stocktake said the buildings themselves - such as their walls, windows and doors - were mostly in average to good condition.

These ratings, however, were based on self-assessments by the DHBs, which appeared optimistic compared to the independent engineers' assessments of 166 other buildings, and around which there was greater uncertainty, it said.

The hospital buildings were old - on average 30 to 50 years old - and the services that underpinned them, carrying the water, power, and steam around whole hospital campuses, were in worse shape.

Some switchboards dated back to the 1950s.

"The initial work in this current-state assessment lays the foundation for improving the quality of capital funding decisions, asset management and long-term capital investment to contribute to better outcomes across the health sector," the report said.

However, it showed a long-running lack of asset management by successive health boards, the MOH and governments.

For instance, DHB asset management plans were only introduced in 2009, and long-term plans only from three years ago.

The stocktake showed the 20 DHBs competed on unclear terms for scarce funds, at the same time shelling out money to patch up old gear.

There was a stark example in IT, where a DHBs' self-assessment was that 90 percent of spending went on trying to keep outdated systems going, like Windows 7.

The stocktake said authorities now had to look at options to improve:

The minister for health, David Clark, said the government had already made a start, by spending $3.5b on hospital facilities across three Budgets, including on mental health units and infrastructure services upgrades last year.

He expected another $14b was needed by 2030, and said the stocktake would be vital for deciding where that went.

The report said another $2.3b was needed to upgrade hospitals' "ageing" and "slow" IT systems that frequently failed.

There was danger in rushing the upgrades, with research showing hurried planning of new health facilities "risks poorer long-term outcome", the stocktake said.

"The costs prior to occupancy are likely to account for only 6 percent of the lifetime costs of the building."

The key was to nail down a strategy, operating costs of a building, and its fitness of use beforehand.

The hospital rebuild would not be "like for like" - new hospitals replacing old ones - but probably more medical centres offering outpatient procedures and minor surgery, sometimes alongside primary care teams in hospitals, in what is called an ambulatory care model.

The stocktake showed the MOH and Treasury would still set national priorities and review business cases for capital spend-ups developed under the National Asset Management Plan, but with more regional coordination between DHBs.

But that was some way off, with no plan expected to be ready until 2022.