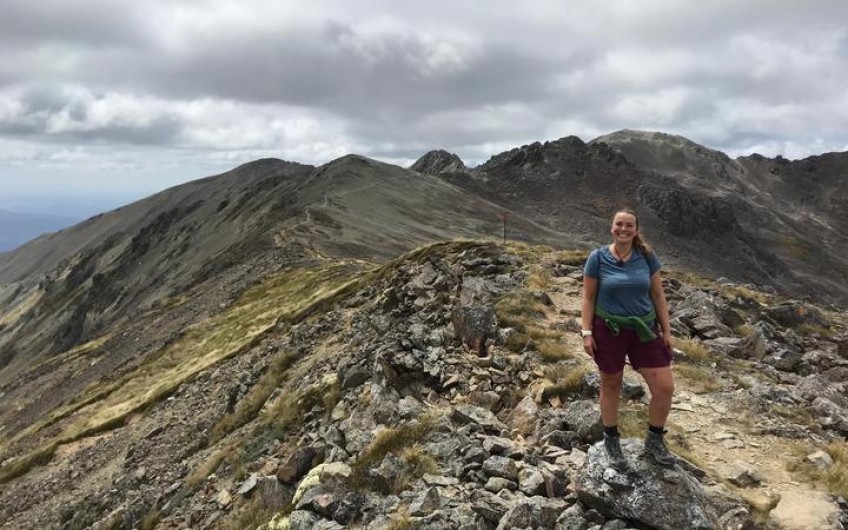 Belgian tourist Lisa Callebaut thought she was safely tucked up in a campsite on Monday when news came through that within 48 hours she would be joining the nationwide lockdown.

She has been touring the country in her campervan and was at a campsite near Rotorua, when it suddenly closed at 4pm on Monday.

Callebaut was initially panic-stricken, and then began to feel desperate about having to find a safe haven for the next month.

"So I had to look for something else, because being in a country where ... well I know some people I met travelling but I don't have my family here, so I'm on my own.

Callebaut is among other tourists who have been driving around in cars trying to find somewhere to stay as New Zealand locks down in the fight against Covid-19.

Officials say wherever you spent last night is the place you need to stay during the lockdown.

Callebaut, a pharmacist who turned 36 yesterday spent most of the day searching supermarkets for flour to bake herself a birthday cake.

Last night she shared it with the "really nice Kiwi" who has offered her a back lawn in Rotorua to park her campervan.

After a few hours of feeling desperate, Callebaut said she was swamped with offers of help after she put out a call on social media, and re-traced contacts she has made on her travels so far.

"Within a few hours I got a lot of response. I got offered several places to park my campervan in the driveway, and being able to use the bathroom in the house.

"Some people just invited me into their home and I was actually already in Rotorua so the closest person to where I was at that moment was where I am now."

Her new host even got her a birthday present - a colouring-in book she was looking forward to using over the next four weeks.

Follow our live blog for all the latest coronavirus updates

Wanaka Lakeview Holiday Park lowered its prices by almost 30 percent ahead of the lockdown.

Its manager Natalie Ward said they were trying to keep people safe without breaking their bank. It is $105 per week for a powered site, unlimited wifi - the website says it usually is $21 a night ($147 total).

"We recognise that there's a lot of people out there that can't get home, and they don't really know what's coming or how long they're here, so we've tried to bring our prices down to an affordable rate for them.

"They're safe and they've got somewhere to lock down properly," Ward said.

She expected most of the 26 units would be full during the lockdown.

The park's facilities were cleaned multiple times a day, restocked and all have hand sanitiser.

"But we're stepping that up now so we're having someone coming in cleaning every two hours during this.

"They'll be disinfecting handles and every kind of surface."

Queenstown hotel worker Oil planned to rent out the other bed in her shared room to help cover costs after her roommate moved out yesterday.

It means the weekly $600 cost of the house will be split between three people instead of four - and they were not able to work.

She received holiday pay until the end of next month, but said her other housemates were not so lucky and the landlord was not budging.

Oil wanted to return home to Thailand, but all flights were gone.

She hoped the Thai government might be able to help her and others like her, stranded here.

"Maybe they're going to send an airplane to pick up us (sic). Many people, like, need to go home.

"Everybody has no work and the visa nearly expires and they're not going to pay us anymore."

Callebaut said she was feeling a lot better and had no real concerns.

She hoped it would improve in a few months' time, but there were "a lot of question marks".

While many will not be able to hunker down at home, officials were asking everyone to stay calm and stay where they were during the lockdown.