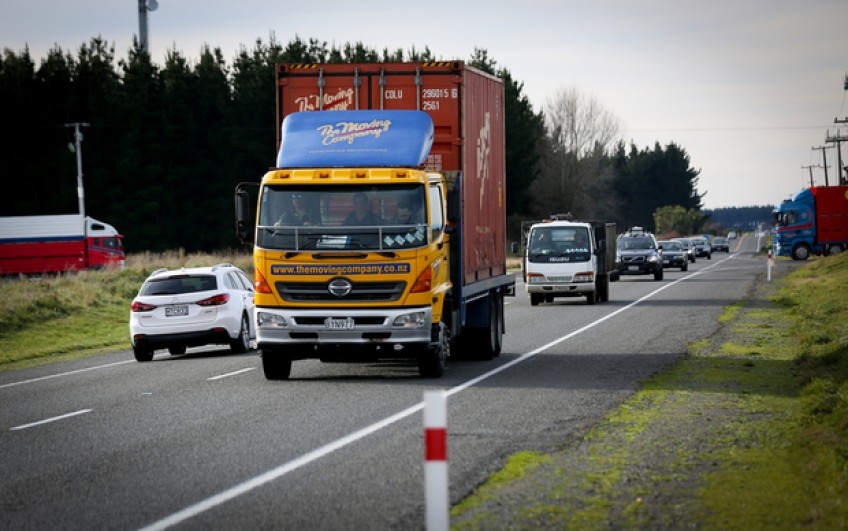 Speed limits on 'most dangerous roads' will drop - Genter

Speed limits on the most dangerous roads could drop to 80km per hour as the government seeks to combat the high number of road deaths.

Associate Transport Minister Julie Anne Genter said the government's Vision Zero road safety plan seeks to drop the number of road deaths by half in the next decade.

One way to do that will be by reducing the speed limit on some roads, and the New Zealand Transport Agency (NZTA) is already working to identify which roads should have lower speed limits.

"In the government policy statement, we identified rolling out the safe and appropriate speeds as identified in the speed management guide," Ms Genter said.

"At the moment, they have to go through a lot of bureaucratic hoops to get the speed limit changed. It should be easy, straightforward, and quick to change it to an appropriate speed limit."

She said roads will be improved with better safety features.

"We're already making progress on this in terms of investing in cost effective safety upgrades right around the country," Ms Genter said.

"We have the $1.4 billion work programme, which is all about median barriers, side barriers, wider shoulders, wider centre lines, rumble strips, all things which are proven to reduce fatal and serious injury crashes.

"That will cover thousands of kilometres of our road network over the next three years."

But Ms Genter said it was "no secret that many of the posted speed limits are not a safe speed limit to travel at" on New Zealand roads.

Asked if lowering speed limits would be a brave move, Ms Genter said people will understand.

"I have a slightly different view. I actually think there are lots of New Zealanders and a lot of visitors to New Zealand who are driving around on our roads who would be much happier with a more appropriate speed limit," she said.

"There will be a percentage of the population, a minority, who aren't happy with this. But I actually think there'll be a silent majority who are quite in favour and say, actually, it's the right thing to do."

Ms Genter said the NZTA is reviewing the speed limit on many roads, and has already signed off on a number of speed limit reviews.

She said it would only be on the "most dangerous roads where it is going to save lives".