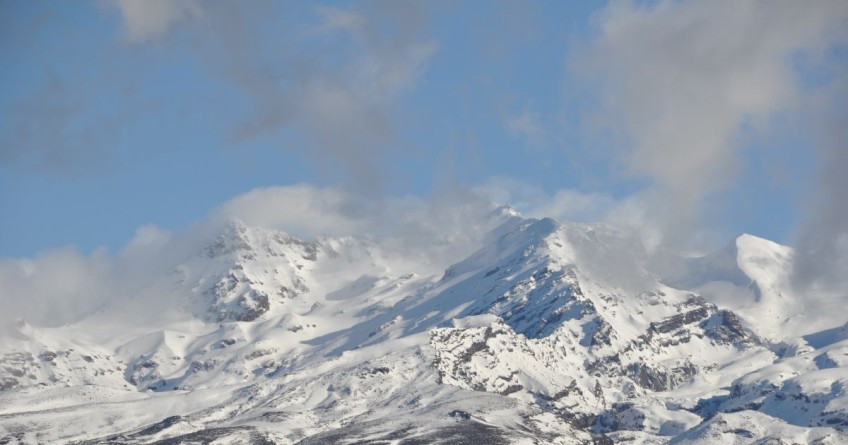 Ski fields rely on snow-making tech to shore up seasons

South Island ski field operators are increasingly looking to rely on snow-making technology to keep runs open as the climate changes and snowfall is less reliable.

Further north, Ruapehu Alpine Lifts, which operates the Whakapapa and Tūroa ski fields, has gone into voluntary administration due to significant financial problems.

It followed three seasons of poor snow and Covid-19 restrictions.

Mt Ruapehu has been grappling with its worst snow season in decades, but down in the South Island, it has been a different story with a heavy snow dump at the start of the season.

Cardrona and Treble Cone Experiences general manager Laura Hedley said it was gutting to hear what was happening up north.

"Any of us could have a season like RAL did this year. We just need to keep up with whatever we can do to invest in trying to make it as certain as we can."

Changing weather has seen them invest in snow-making to ensure more reliable coverage - and take some of the stress out of the wait for snow, she said.

"Definitely nerve-wracking when you're in May and you're looking at the weather patterns coming through and you're hoping you've got staff lined up to start."

It had been working with climate models to look at where the snowline was and where it was going, she said.

Cardrona's base sits at 1670m while Treble Cone's is about 400m lower.

"Treble Cone does sit a little bit lower and we'll just keep watching that and keep looking at what we need to do. We've invested really heavily into the snow making at Treble Cone to make that more reliable and the power up there.

"That's our plan at the moment, it's just to keep looking at technology that we can do because we know everybody likes to come skiing and we still want to be able to do it ourselves."

"You go on the flipside, where you're in the warm part of these weather systems, that's really warm and wet, and you're just getting dumped with rain.

Climate change was expected to have a significant impact on natural snow over the next couple of decades, he said.

"If we just think about that mid-century timeframe where we've got a 1.5 degrees of warming and a moderate increase in precipitation, that elevation that we're expecting natural snow - to have like 90 days snow cover - we're expecting that to move up by 200m in elevation by the mid-century."

NZSki operates Coronet Peak and the Remarkables near Queenstown, and Mt Hutt in Canterbury.

Its chief executive Paul Anderson said it had invested in snow-making on all three mountains to give visitors more certainty they would open on time and stay open for the season.

It is not a totally reliable solution.

"But that doesn't happen every year," he said. "Some years we are a little late opening and there's been one year in the last 10 where we had to close Coronet Peak for 10 days during the season because you need to get the right temperatures to make snow as well."

Forming ski trails and snow fencing - which forces windblown snow to accumulate where it is needed - also helped to ensure snow coverage, he said.

"There is a lot of variation in the weather and we've got to be ready for poor years, and sometimes those years can run together which makes it really tough.

"In the ski industry, you have to be pretty resilient and have some good strength in the way your company's set up to be able to weather those storms."

But he said he was still confident. NZSki had added new chairlifts to all of their skifields and was looking to expand The Remarkables field into a nearby basin, The Doolans.

"We believe there is a future up there for skiing."

Many of the ski fields have also diversified and offer activities on the mountain before the snow arrives.