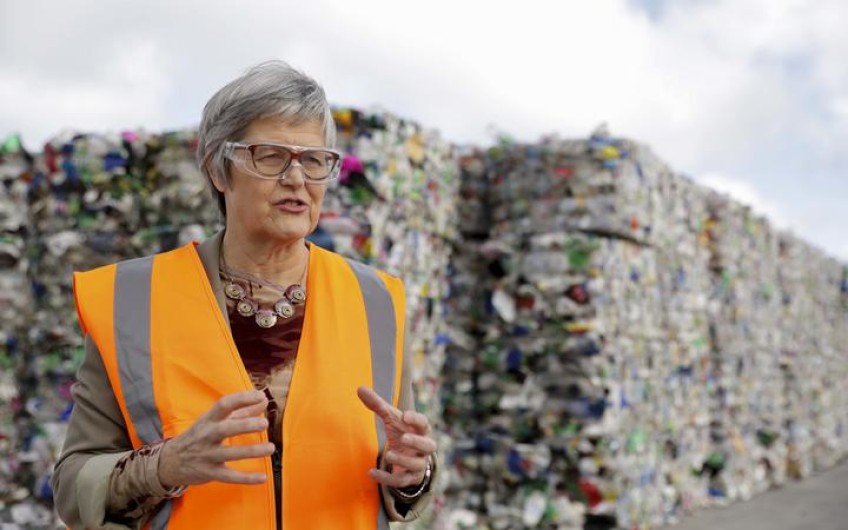 The plastic bag ban comes into force today, and affects businesses from markets and retailers through to large department stores and supermarkets, and includes online sales.

To coincide with the ban, the government has announced a $40 million investment in facilities that recycle waste plastics into materials businesses and consumers can use.

"[The ban] doesn't go far enough, but what is really great is it's started the conversation," Ms Sage told Morning Report.

"People are now talking about single-use plastics and how we can phase them out.

"Supermarkets like Countdown and Foodstuffs are now offering people the chance to take reusable containers to the deli counter instead of having plastic containers. People are now thinking about phasing out plastic straws."

Ms Sage said the Waste Minimisation Act allowed for banning other products and the government would be consulting on that in the next couple of months.

There would also be consultation on regulated product stewardship, where manufacturers, retailers, consumers take more responsibility for the products and what happens to them at the end of their lives

The proposal would be to first tackle waste tyres and lithium batteries which are significant problems, but it would also include packaging, Ms Sage said.

The government is looking at increasing landfill levies and expand them to more than the present 10 percent of landfills, as well as developing an action plan to recharge the recycling network.

The government is looking to invest in projects where resource consents for waste processing are already in place and which could be up and running next year.

It's looking for large-scale projects close to the main centres, and also for potential partnerships with Māori.

The $40m allocation announced today is from the Provincial Growth Fund and is intended for projects that convert waste - including plastic waste - into materials and products useful to businesses and consumers, Regional Economic Development Minister Shane Jones said.

Ms Sage said for too long New Zealand had been sending its waste offshore and the refusal by China and others to take this country's waste was a wake-up call.

Bags which are banned include:

Bags not covered by the ban:

Bags without handles including light-weight barrier bags (eg, bags without handles used for containing meat and/or produce) Bin liners/rubbish bags Bags for pet waste or nappies Bags that form an integral part of a product's packaging (eg, breadbags and pouches for cooked chicken) Bags that do not contain plastic including bio-sourced plastics (eg, cotton, jute, hemp, paper and flax) Long-life multi-use bags made from synthetic fabric (eg, nylon and polyester) between 45 and 70 microns in thickness.