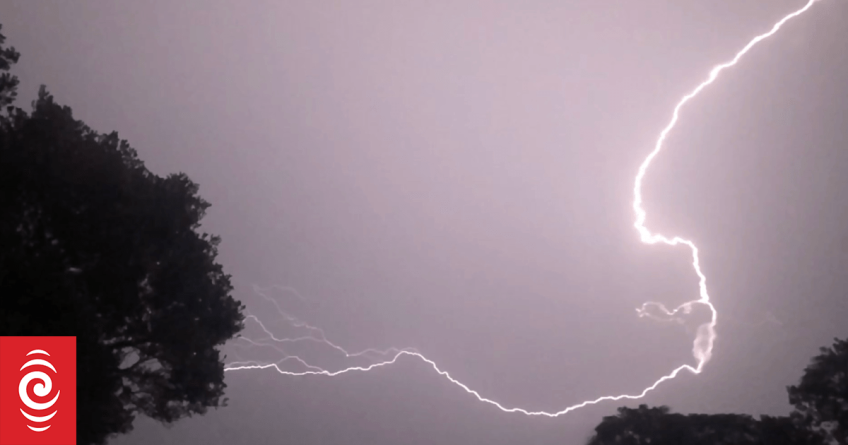 It may be starting to feel a lot like summer holidays, but pre-Christmas weather is still looking unpredictably stormy in much of the country today.

MetService has said there is "another thundery day on the cards" with several parts of the country at high risk of thunderstorms and even small tornadoes possible in parts of the North Island through this evening.

A Severe Thunderstorm Watch has been issued for this afternoon for most of the central North Island from Hamilton down to Palmerston North, and lower South Island centred in Central Otago, the Southern Lakes and Fiordland.

"Thunderstorms are expected to develop this afternoon in both locations, MetService said, and "some of these may become severe this afternoon and evening, bringing localised downpours with intensities of 25 to 40mm per hour."

Thunderstorms are expected to develop this afternoon, and some of these may become SEVERE this afternoon and evening, bringing localised downpours with intensities of 25 to 40 mm per hour. The thunderstorms are expected to ease this evening. Rainfall of this intensity can cause surface and/or flash flooding, especially about low-lying areas such as streams, rivers or narrow valleys, and may also lead to slips. Driving conditions will also be hazardous with surface flooding and poor visibility in heavy rain."

The storms are expected to ease this evening, but there are warnings of flash flooding and driving conditions becoming hazardous.

Unsettled weather persists in parts of the country, as Te Awamutu even saw something that looked a little bit like Christmas snow on Wednesday:

The weather is expected to begin clearing Friday with a mostly settled Christmas Eve and Christmas Day forecast.

MetService currently predicts Christmas on Sunday to be mainly fine with occasional isolated showers around the country, and warm temperatures.