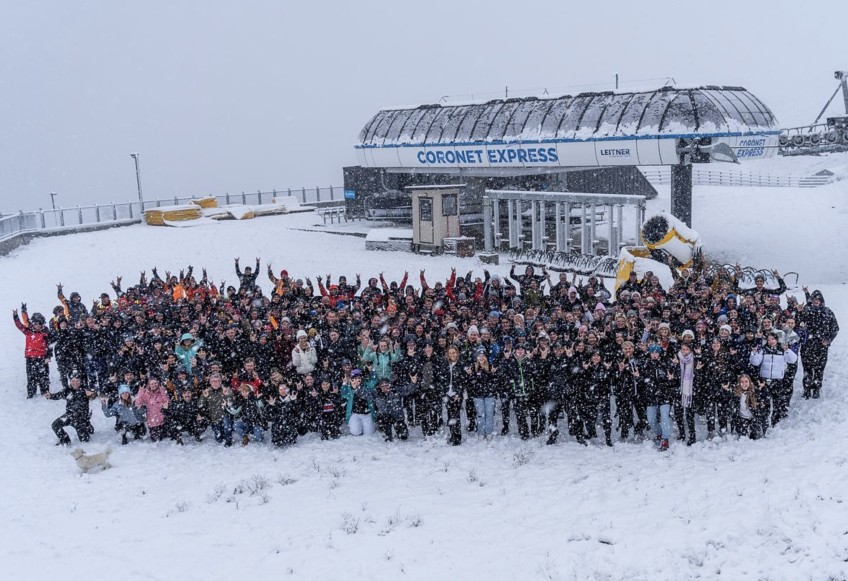 Winter has arrived in Queenstown, bringing with it plenty of snow and heralding the start of the ski season.

The temperature has dropped, snow caps the surrounding mountains and breath hangs heavy in the air - but ironically that marks the thawing of a cold and dark economic winter that has been hanging over Queenstown since 2020.

While the wintry blast late last week brought disruption to many, it was celebrated in Queenstown as the town marked the start of its first ski season uninterrupted by the pandemic.

NZSki chief executive Paul Anderson said there was a good feeling around the tourism resort.

"We're elated to have so much snow. We've got a full complement of staff and we can see the bookings flowing in, particularly through July and the first part of August. So we're elated and just keen to get into it."

The past couple of years had been tough on everyone, and that made the weekend's snowfall even sweeter, he said.

"Coronet Peak has the most snow of all our mountains - 120 centimetres, it's incredible up there. I was up there this morning having a look around, it's just phenomenal. It's the best opening conditions I've ever seen - that's in a decade and some people are saying maybe it's unprecedented."

Today marked the real beginning of the ski season in the south with Coronet Peak opening as well as the McDougall's run at nearby Cardrona.

The Remarkables opens on Saturday and Treble Cone followed next week.

Cardrona & Treble Cone experiences general manager Laura Hedley said after a concerning shortage of snow just a week ago, too much then pushed back Cardrona's opening date.

"Too much snow - irony. But for this time of year it's not a bad thing. We've got the whole season ahead of us."

She hoped the economic ills of the pandemic would be left far behind.

"It's been such a hard couple of years for everyone in business and we're no different, so just to be able to welcome back our Aussie friends and for the Kiwis to have a little bit more certainty about their ski holiday, and for us to be able to have this snow - it's lining up to be a good one."

That positivity was also being felt in central Queenstown.

Browns Ski Shop's self-described Jedi Master, Kris Vermeir, said there was something special about this season.

"Well I've been here since 1989 - and I know I'm getting a bit older and my memory fades - but I can't remember a start like this for a hell of a long time. So it's exciting because we're all due for a good winter after the last couple of years."

That excitement had translated into steady business.

It had also brought relief for Queenstown's beleaguered hospitality sector with forward bookings looking strong for the first time in a long time.

"Eight-, nine-, ten-, fourteen-night stays are not uncommon at the moment, even up to some staying 21 days. I think people are just ready to have a good winter season."