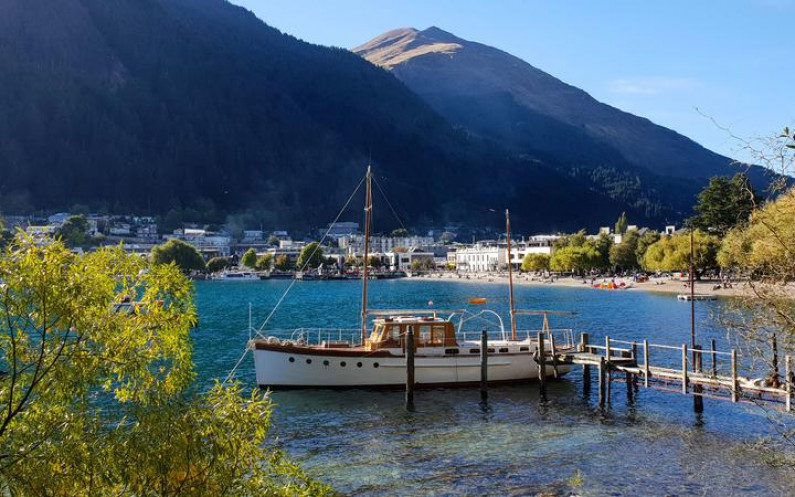 Queenstown Lakes Mayor Jim Boult says people are rattled after a visitor to the town later tested positive for Covid-19 in South Korea, and a community testing blitz is a responsible precaution.

The man stayed in Queenstown on 1-4 July and went on a Milford Sound cruise. Before flying out of New Zealand he had also been in Manurewa, South Auckland, and was in and around Christchurch Airport on 20 and 21 July.

There is no evidence the person contracted the coronavirus while in New Zealand and South Korean authorities said they believed he caught the disease during a lengthy transit at Singapore airport.

However the Ministry of Health is carrying out contact tracing and testing to rule out community transmission in New Zealand.

A free 'pop-up' drive-through testing clinic will operate from the Pak'n'Save car park in Frankton from 9am to 5pm on Tuesday.

Locals are being encouraged to get a test, regardless of symptoms.

"It's an insurance policy really. New Zealand's done an enormously well in getting to where it's gotten to in fighting Covid-19. We've had this scare... I think a few people in the district are a bit spooked that they might have come in contact with [the visitor] so I think this just offers the opportunity to just get a little more comfort.

"One of the things we're asking is that locals take the opportunity, rather than visitors, because this is about the community.

"We're appealing to employers to encourage their staff to get tested and to give them a bit of time off to enable that to happen."

Boult said he would try to have the clinic's opening hours extended to later in the evening so more people could get there.

Dr Stephen Graham, medical director of the WellSouth primary health network, said testing numbers were not as high in the region as they would like, and this was an opportunity to increase the numbers.

If there was community transmission, the highest risk group would be symptomatic people in the region since 2 July or 4 July, he said.

"We've been advising that anyone with Covid symptoms, coughs, colds, upper respiratory tract infections, sore throats, get tested throughout that time but this is an increased necessity."

There are no plans to roll out the drive-though clinics in other parts of the region, he said, as most of the 82 GP practices in Otago and Southland do Covid-19 testing.

Results from the pop-up testing centre would come back within 48 hours, he said.

Anyone who turns up will be able to have a test. "We won't be turning people away."