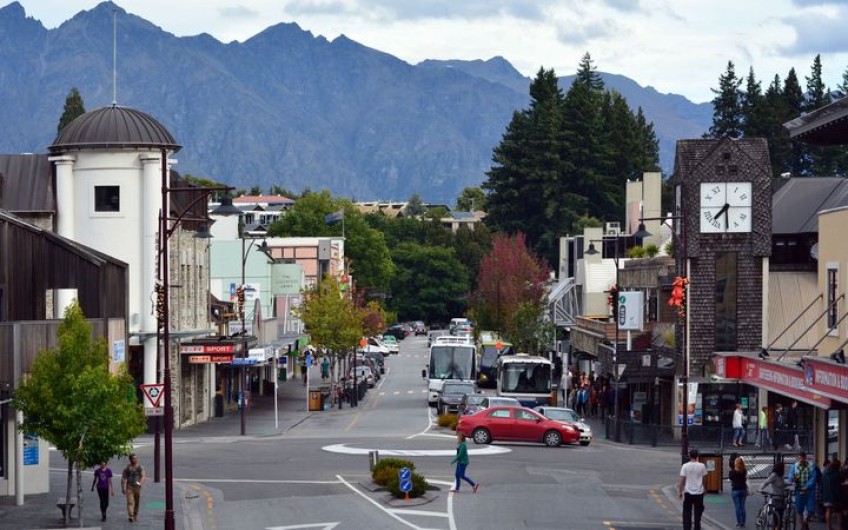 Queenstown businesses are welcoming new changes aimed to help recruitment, but say they are no game-changer.

Immigration New Zealand announced 21 tourism and hospitality roles have been added to the undersupply list for Queenstown Lakes in response to the lack of New Zealanders available to fill jobs.

The change means it will be easier to hire unemployed migrants to work as waiters, cleaners, chefs, tour guides and other roles by allowing employers to support a work visa application for roles paid below the median wage.

Queenstown restaurant owner and chef Darren Lovell recently tried advertising for a full time position on Work and Income, but no one applied.

He thought it would be easier to find staff after the waves of redundancies, but discovered the reverse had happened.

"A lot of people instantly lost their jobs and I think a lot of the workers who do the housekeeping jobs in hotels, who work as waiters and kitchen hands and cooks ... just left town cos they were scared and no one has moved in to replace them," Lovell said.

The sigh of relief was almost audible from businesses when the undersupply list changes were announced yesterday, he said.

But it was unlikely to change anything for his businesses - Fishbone and Love Chicken - at the moment.

"The difficulty with sponsoring a staff member is that you have to guarantee them 30 hours a week and that is just so hard at the moment. You get these little spikes in tourist numbers and hopefully Christmas, New Year will be slightly busy, but not busy enough to warrant adding on any more staff," Lovell said.

One in 10 staff members at Queenstown's iconic Fergburger are usually New Zealand residents, but with Covid-19 border closures and lockdown, that's crept up to one in three.

Group general manager Stephen Bradley was under no illusions about the recently announced changes.

"It saves us a bit of time. It's not a game-changer, it's not a fixer. It's simply a helper so it will give us the opportunity to keep a few more critical staff and make the processing of their visas easier," he said.

With 130 staff on the books, he said the business was almost right for summer.

"Often traditionally in hospitality, you do get some resignations before Christmas, New Year period with two or three weeks to go of notice period. So yeah, we still need more people so the rules will help us get those people."

Queenstown's Chamber of Commerce chair Craig Douglas found 106 job vacancies in this week's local weekly paper, and said that had been fairly consistent over the last few weeks.

"It's a big ask for people to move for a job that might have some varied hours. The employer's got uncertainty around giving full-time permanent jobs to people at the moment because they don't know what the demand's going to look like in the next few weeks or the next few months."

That was where the working holiday visa holders usually step in, but with borders closed, they needed the government's help.

He was pleased that the government heard their concerns and acted.

"It does make it easier for employers to employ people on a sponsored visa to fill those roles. It just simplifies the process to some degree, it doesn't increase the size of the labour force in any way. But it simplifies the process and so that takes a load off the employer and the work that they've been having to do to try and retain their sponsored workers and employ new ones," Douglas said.

Queenstown Lakes District mayor Jim Boult said the change opened the door for migrant workers who had been restricted by their visa conditions.

The council received more than 5000 welfare requests from working and short-stay visitor visa holders from the March lockdown until early July before the government took over support.

About 1000 migrant workers without jobs are left in Queenstown.

"They have been living with government support for some time. But I mean the logic of it is rather than government having to support them, this enables them to take jobs that are available, that Kiwis aren't available for or haven't taken up, and an income.

"The feedback that I get from all of these people is that they much prefer to be working than living on a benefit," Boult said.

While Queenstown businesses are grateful for the change, they hope reviewing visa extensions that run out at the start of 2021 will be next on the government's list.