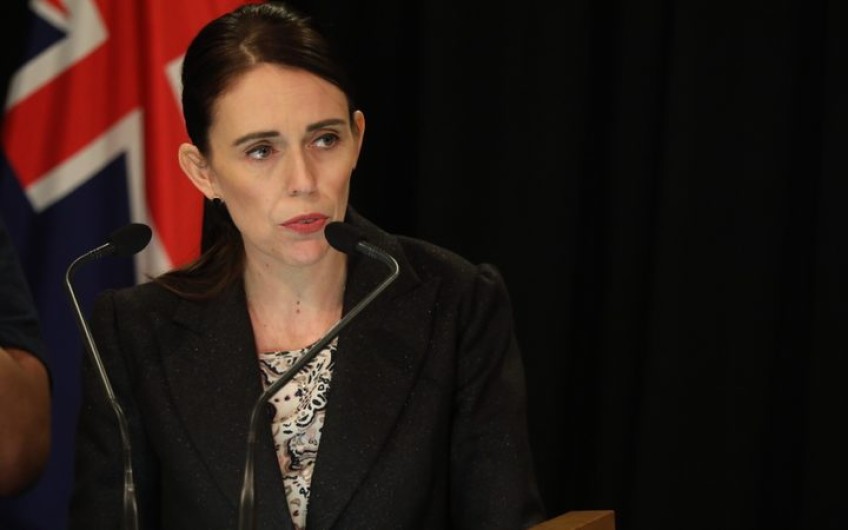 Prime Minister Jacinda Ardern has announced a ban on all military-style semi-automatic weapons and all assault rifles.

Ms Ardern pledged the day after the terrorist massacre that "gun laws will change" and would be announced within 10 days of the attack.

This afternoon, she announced that every semi-automatic weapon used in the terrorist attack on two mosques in Christchurch last Friday would be banned under more stringent gun laws.

"Related parts used to convert these guns into MSSAs are also being banned, along with all high-capacity magazines."

An Order in Council under section 74A(c) of the Arms Act was signed by the Governor General to reclassify a wider range of semi-automatic weapons under the Act. As of 3pm today, the order took effect.

The changes to the regulations would mean the firearms were now catergorised as needing an E-class licence endorsement.

This means no one will be able to buy the weapons without police approval. Ms Ardern said there was no point in applying for one.

"This interim measure will ensure that all of the weapons being banned under amendments to the Arms Act are now categorised as weapons requiring an E endorsement on a firearms licence," Ms Ardern said.

"The effect of this is that it will prevent the sale of MSSAs and assault rifles to people with A category gun licences. The Order in Council is a transitional measure until the wider ban takes effect."

For those who are already in possession of these weapons, Ms Ardern said the firearms would be tightly regulated, while for everyone else, the weapons would now be effectively out of reach.

Citing gun reforms in Australia Ms Ardern said: "Their approach was to allow for exemptions for farmers upon application, including for pest control and animal welfare. We have taken similar action to identify the weapons legitimately required in those areas, and preclude them."

She also said the government would be establishing a buyback scheme to take the firearms out of circulation.

After a reasonable period for returns, those who continue to possess these firearms will be in contravention of the law.

Anyone in breach of the law would be liable to a $4000 fine or up to three years imprisonment.

"We're looking to increase the penalty when the ban is in full force and the opportunities of buyback are over," Ms Ardern said.

Ms Ardern said the buyback scheme was designed to prevent the creation of a black market for banned weapons.

She said people who held weapons illegally would be protected by a police amnesty.

"We're in the dark as to how many of these are in circulation," Ms Ardern said, referring to the number of weapons the government might have to buy back.

"We haven't had specific conversations about where the funding for the buyback will come from."

Majority will back legislation - PM

She said she was confident that the majority of New Zealanders would support the gun law changes.

"Legislation to give effect to the ban will be introduced when Parliament sits in the first week of April," Ms Ardern said.

"We will provide a short, sharp select committee process for feedback on the technical aspects of the changes. We are looking to progress the amendments to this legislation under urgency and expect these amendments to the Arms Act to be passed within the next session of Parliament."

Minister of Police Stuart Nash said the decisive move was an interim step until legislation could be passed. That legislation is likely to be in place by 11 April.

He said this measure would enable New Zealand to become a safer place.

Police were currently preparing to take these weapons out of circulation, he said.

"The bill will include narrow exemptions for legitimate business use, which would include professional pest control. Police and the Defence Force will also have exemptions. Issues like access for mainstream international sporting competitions are also being worked through."

"We have also acknowledged that some guns serve legitimate purposes in our farming communities, and have therefore set out exemptions for 0.22 calibre rifles and shotguns commonly used for duck hunting. These will have limitations around their capacity," Mr Nash said.

Cabinet - including the Green Party - decided in principle on reforms on Monday, with the National Party saying it supports change.

Ms Ardern said on Wednesday that gun laws in New Zealand were "a blueprint of what not to do" and there was a "large number of loopholes" in the law.

The Council of Licenced Firearms Owners said there was already a stringent vetting process for firearm licences in this country and military-style semi-automatic weapons should not be banned.

The alleged shooter in the terrorist attacks held a standard firearms licence that allowed him to own limited power semi-automatic weapons. Police said it was possible firearms had been modified to be more like a military-style automatic weapon.

Key points on guns in New Zealand before today's announcement Currently, standard Category A firearms licence holders are allowed to own AR-15 semi-automatic weapons, the gun of choice for the world's mass killers. These semi-automatic weapons can be modified, such as using magazines that carry more bullets, effectively turning them into military-style semi-automatic weapons (MSSAs). A semi-automatic weapon is one where the trigger must be pulled for each shot, whereas automatic weapon can fire continuously until it runs out of ammunition. Currently, to secure a basic Category A licence two referees must be provided by the applicant. They're also interviewed and their gun storage checked. The rules around owning MSSAs are more stringent, requiring more secure storage, a valid reason for owning one, permission from the police, and for the weapon to be registered. There is currently no register of all guns and who owns them, making it impossible to see if someone is building up a cache of arms, police say. There are an estimated 1,500,000 guns in New Zealand and about 250,000 people hold firearms licences. More than 99 percent of people who apply for a firearms licence in New Zealand are successful, according to police data.