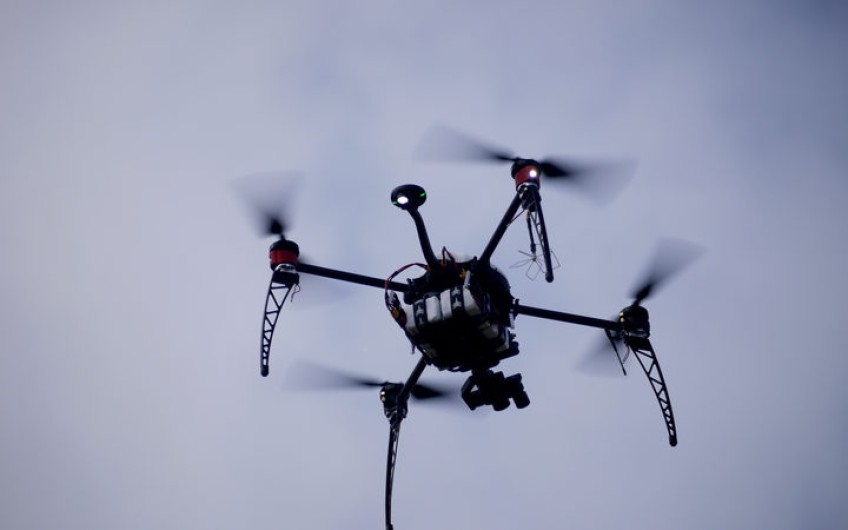 Pilots want the laws around drone use beefed up by the government as they wait for new technology to make the aircrafts safer.

In the long term, drones are expected to have technology installed which will make it impossible for them to be used in restricted airspace.

But until then, the government is being asked to review its drone laws as an increasing number of near misses are recorded between drones and airplanes.

On Sunday night, a drone was spotted by a pilot landing at Wellington Airport.

The airport halted all arrivals and departures for about 15 minutes as they waited for the drone to land.

Tim Robinson, president of the New Zealand Air Line Pilots Association, said pilots fear what would be a life threatening situation if a plane and drone collided.

"The major issue is the chance of collision," Mr Robinson said.

"If there was a collision, especially with one of the larger size drones with a small to medium sized aircraft, it could be catastrophic. It could bring those aircraft down.

"The other big thing of course is the distraction. As you well know, close to airports pilots are concentrating on the take off and landing phase of flight, and even a drone operating close by to the aircraft is a significant distraction when they should be concentrating on other things at a critical stage of flight."

Mr Robinson wants it to be compulsory for a drone to be registered by the owner, allowing the user to be tracked down should they flout Civil Aviation Authority rules.

It is one way drones could be made considerably safer as technology is developed which would take the risk out of the hands of the user.

There will be a time in the near future when drones have software loaded which would not allow the drone to fly in a restricted airspace.

DJI drones already show a warning when within a certain distance of an airport, but the user can still override the warning and send the drone up.

Technology in development would make that impossible, while other systems would ensure warnings would sound when any two aircrafts were on a collision course.

That system, the Unmanned Traffic Management (UTM) system, is currently under development with NASA running a research programme.

"That technology is coming, it's just a matter of the rules and the regulations in relation to that technology going hand in hand to ensure that it works in a manner that is going to be enforceable," Mr Robinson said.

"We support [drone] technology, we support its development, it's just got to be safely integrated into our airspace so that we don't have incidents like the one we saw yesterday in Wellington."

Drone seller Ferntech hands out CAA information to all who purchase a drone, be it in store or online.

Ferntech enterprise manager Adam Kerr said you can provide all the information to users, but you can't account for someone's common sense.

"We do advise customers, it is a lot of common sense," Mr Kerr said.

"From my experience in piloting drones and model aircraft, if it seems dodgy, it probably is.

"Flying down on the bay next to Wellington Airport, you can imagine you're going to see big jetliners coming in and out all day, every day.

"Surely that must click to someone that it's not safe to fly here."

Mr Kerr said another issue was tourists coming into the country and not knowing New Zealand's laws around drone use.

It was a concern echoed by the Air Line Pilots Association.

Mr Kerr suggested people could have to declare they were bringing a drone into the country, and be given thorough guidelines on local laws at the airport.

"The tourist side of things is even harder to regulate," Mr Kerr said.

"It's going to be very difficult to manage and I understand why the pilot's association would be concerned about that. I personally am as well."

Police were alerted to Sunday's drone incident, but were unable to locate the owner.

A Wellington airport spokesperson says flights were only delayed by about 10 minutes as a result of the incident.

The Ministry of Transport is working on changing aviation regulations because of the rise in drone numbers, Tom Forster, the Ministry's manager of international connections, said.

"Our regulatory settings will need to keep up with technology so we can maximise the benefits of advanced drones, used for commercial purposes, while managing the risks associated with smaller drones used primarily for recreational purposes.

"This work includes looking at other economies' approaches to inform possible regulatory changes, including the European regulations, to assess what might be relevant and appropriate for New Zealand."