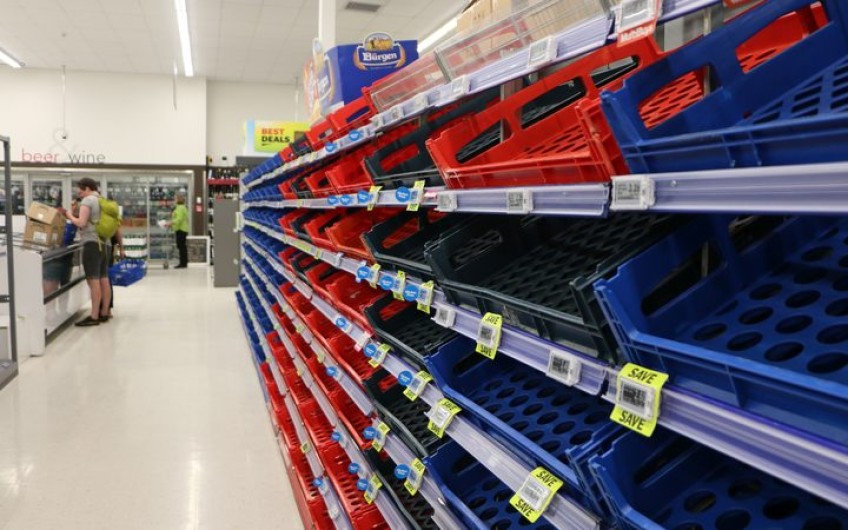 Stocking shelves at supermarkets for little more than the minimum wage has become a desirable job for airline pilots and tens of thousands of others desperate for work.

New unemployment figures released today by Treasury and are expected to show a leap in the number of people without work.

Thousands of new jobs are still being advertised but the competition is intense with Trade Me reporting new listings have halved to 10,000, while applications for each job have risen by 43 percent on average and in the case of one security job by 250 percent.

The talent acquisition manager at the supermarket chain, Denise Peter's team has more than doubled to handle the number of applications.

"We have things like commuter pilots and such that you wouldn't expect to be working and helping to stock supermarket shelves really quite excited to be in work and keeping busy in a meaningful way through this period," she said.

She had received some heartfelt messages from desperate applicants. Countdown had tried to give work to New Zealanders first but people had to be prepared for physical work and have a good attitude.

Peter said people should not be put off by the sheer number of applicants as the supermarkets were still looking for workers.

And Trade Me says in the least affected region, Gisborne, job listings are down 28 percent.

Head of Trade Me Jobs Jeremy Wade said that is the good news.

"That really shows you the scale of it that we're celebrating 28 percent down versus the 50 percent down across the board," he said.

Health care tops the sectors looking for workers, while fruit pickers and security officers are also in demand.

But at the same time many more people are applying for each job. Wade said it is depressing to think that applications for one security listing alone would rise by 250 percent but the statistics do not tell the full story.

"First Security were looking for 12 employees just within one job listing. Because of this weird situation we're in where some people are crazy busy they will put one job listing up but actually look for 10 or 20 people," Wade said.

"Our clients and we are waiting to see what level 3 looks like, what work can carry on again and we'll deploy people as quickly as we can.

"Will people be able to get out mowing berms again, can sports clubs and golf courses and the like start mowing the lawns, can we start seeing roading crews out on the roads doing some of the projects?"

Meanwhile the group that represents the Health IT sector has turned matchmaker between employees and digital health workers.

The chief executive of NZHIT, Scott Arrol, said the majority of his members are "flat out working with the health sector to fight the pandemic situation, they do need to recruit people so it's all being done very quickly and on the fly so I just wanted to support that".

Arrol set up the national digital jobs board within 24 hours of coming up with the idea.