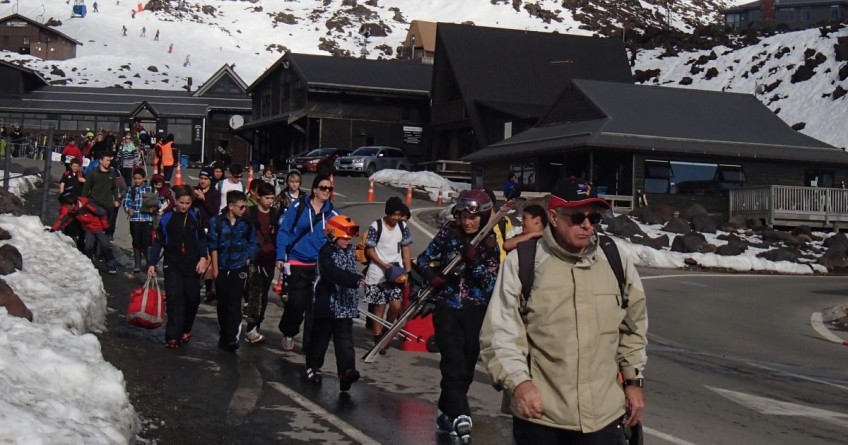 In a statement yesterday it said the business had been placed under significant cash flow pressure after three difficult years, with the impact of Covid-19 restrictions paired with poor weather this season.

John Fisk and Richard Nacey of PwC have been appointed as the voluntary administrators.

Fisk told Morning Report that it was a "perfect storm" of challenges for the ski field.

"Any business that has one year of trouble can really suffer from a cash flow point of year, but when you've had three years, the combined effect of that is just horrific from a financial point of view.

"It's an often-used term, a perfect storm, but in the case of RAL it really has been."

Covid-19 pandemic restrictions and closures were followed by what has been the worst snow season since 1989, he said.

Ruapehu employs about 196 staff across its Whakapapa and Tūroa ski areas in the central North Island.

Ruapehu mayor Weston Kirton said that the community had been looking closely at the ski field and its future.

"We had redundancies one or two months ago, so that rippled all through the community.

"There have been concerns all the way through about the performance of the company. We've been trying our best to assist them wherever we could."

Whakapapa will continue to operate as planned, weather-permitting, through to season close, estimated at 24 October. Tūroa has already closed for the season.

"We're focused on just completing the season as best we possibly can and then looking at a plan," Fisk said.

The voluntary administrators will be looking at how the business can get out of the hole. The goal is to avoid shutting Ruapehu Alpine Lifts down entirely.

"We're given a time where there's a moratorium on creditors taking any action so it gives us space to look and see whether we can develop a plan that will get a better outcome than just going straight into liquidation.

"We'll be doing our best ... to look at how can we restore the business.

"It may not be in the form that it was up until yesterday but it will be hopefully something that is better than a straight liquidation and sell-off of the individual assets.

"At this stage everything's on the table."

Kirton said that if the business goes up for sale, he hopes its importance will be recognised.

"This is a national asset and anyone going into this business will appreciate that skiing is an important part of our culture.

"Our immediate concerns are with the community and also the employees. Let's hope that they're paid accordingly and make sure that their welfare is at the first and foremost of everyone's minds."

The government has put in what he understands to be $9 million to keep the ski fields going, Kirton said.

Kirton said he would consult with government about possible future aid but "obviously, taxpayers want to see some return on their investments".

He also said that with this year's low snowfall totals, the Ruapehu region needed to be ready to pivot to deal with changing conditions and diversify its offerings.