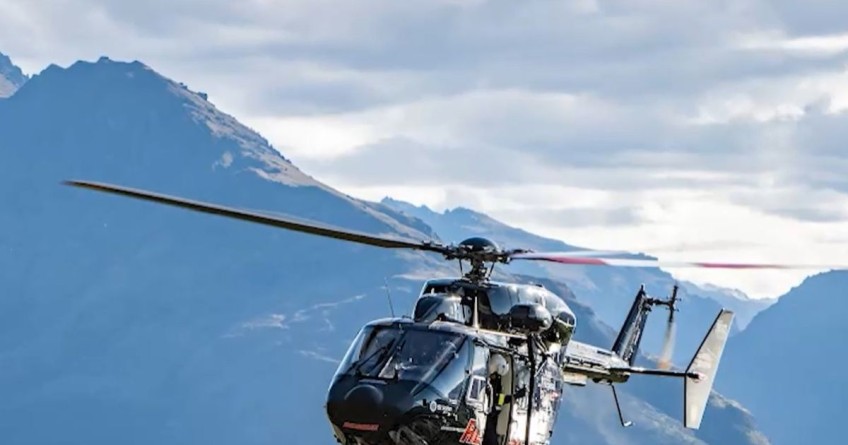 'Go and get a Lotto ticket'

Two people involved in a car crash off a cliff are so lucky they should "go and get a Lotto ticket this weekend", one of their rescuers says.

Emergency services responded to reports of a crash on Beach Road north of Kakanui in north Otago at about 9.30pm yesterday.

The car had plummeted seven metres off a cliff.

Despite that, the driver only had minor injuries and the passenger was uninjured.

Otago Regional Rescue Helicopter chief pilot Graeme Gale said the pair were stranded on a remote beach as a result of the crash and were knee-deep in water with the tide rising.

They were extremely lucky.

"I think everyone was pretty relieved. Yes they'd had a bad situation but it could've been a whole lot worse than what it actually was and we were able to lend a hand and get them to safety as quick as we could," Gale said.

"I would probably go as far as saying they should go and get a Lotto ticket this weekend. I think it could be pretty worthwhile."

The pair were very pleased to see their rescuers once onboard the helicopter as the tide was coming in, Gale said.

"They seemed to like the noise of that helicopter. No one says they don't like the noise when they've just been picked up or rescued. It's a pretty comforting sound - you normally hear it before we arrive and it does give people a sense of relief."

Police were still investigating the circumstances of the crash.

Main image (Otago Regional Rescue Trust): Chief pilot Graeme Gale says the pair were stranded on a remote beach after the crash and were knee-deep in water with the tide rising.