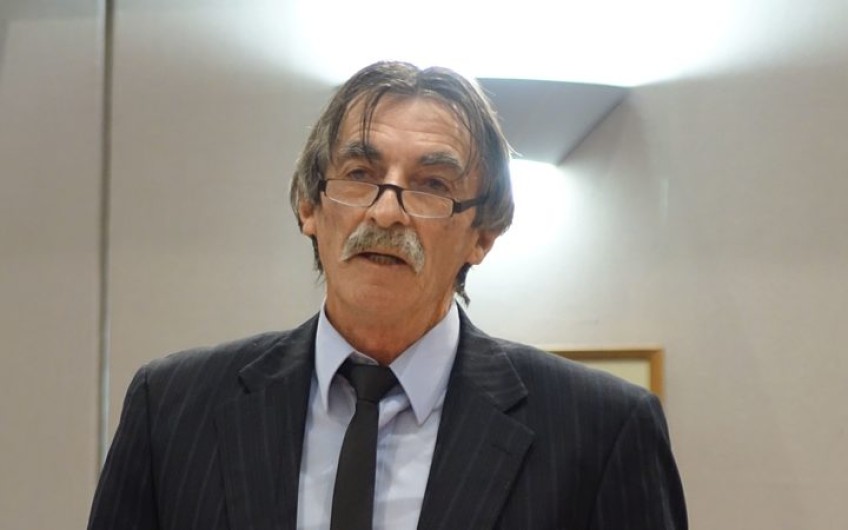 An outgoing New Plymouth councillor has criticised the number of "spin doctors" employed at the district council.

John McLeod said the New Plymouth District Council in 2016 employed two full-time and one part-time staff member in communications and marketing - a team which had since increased to 15 full-time positions.

A former sergeant major in the SAS who starred on the reality TV show Treasure Island, Mr McLeod believed the number of people employed in communications roles was over the top.

"The bottom line is we don't need all those people doing all those sorts of things.

"All that's basically needed like [former mayors] Peter Tennent had or Andrew Judd had or Harry Duynhoven had. They only had a couple of people in the media branch; that's all you need."

"You know, it's their money - it's the ratepayers' money - and if you make a stuff-up you stand up and say you made a stuff-up and say 'we stuffed this up'."

Mr McLeod pointed to an incident in January when 1.5 million litres of sewage was spilled into the Mangati Stream in Bellblock but the public was not informed via the council's Facebook page, its website or the media.

"If you've got negative things going on you tell the people this is going on - 'we done this wrong and that wrong'. You tell people the truth, you don't tell them half-truths," he said.

When the story about an oil spill broke in the media, mayor Neil Holdom initially said council had followed its processes before later apologising and saying it would keep the public better informed about similar events in the future.

Mr McLeod said a more recent practise of funnelling all media enquiries through the communications hub was counterproductive.

"I'm not happy about that because the media should [have] access to council officers as in the past, because they are the ones who have the detail - not the spin doctors in the communications branch.

"They'll put the council slant on it with all the nice fairy and fluffy bits and so forth and do away with the negative."

In a statement, the council said Mr McLeod had his numbers wrong.

It said in 2016 there were 10 full-time equivalent staff and various contractors working in marketing and communications scattered around the Puke Ariki Museum and Library, the Govett-Brewster Art Gallery, Events and Venues, TSB Showplace, Infrastructure, Regulatory and at the Civic Centre sections.

"Now we have 15 full-time equivalent staff in our integrated hub consisting of marketing, communications, media and graphic design; all co-located with technical leadership.

"This team provides services for facilities which attract about 2 million people a year."

Mr McLeod said he was not standing for re-election in local government elections later this year.

"I've done my four terms and I always said I'd do four terms. Four terms is long enough and I'm getting tired of it. I'm just banging my head on a brick wall."