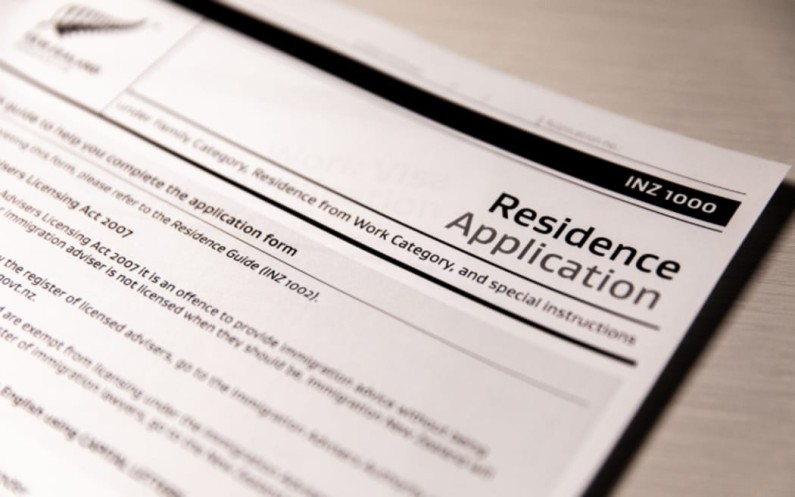 Almost 200,000 people have now applied to become residents under the fast-track visa, and one in four has been approved.

By the end of this year, the country will have more new residents than any other year on record.

Until last year, the government's 'planning range' for new residents, which also includes overseas-born spouses of New Zealanders and humanitarian categories, amounted to an annual target of between 33,000 and 40,000.

By that measure, it would usually have taken five or six years to approve 200,000 new residents.

Immigration figures show New Zealand has created more residents in the last six months than any year in the last decade.

However, the number of applications that have been decided has not been even across nationalities.

More than one in five of the 10,000 British applicants have already had their residence decided, compared with fewer than one in 12 Chinese.

The top five nationalities of fast-track (2021) residence applications, broken down by those accepted for consideration, 'on hand' (accepted for processing but not yet decided) and those finalised (approved or declined). Illustration: RNZ / Farah Hancock

Further analysis suggests Chinese applicants are less likely to be approved: 3.9 percent have been declined, compared to 2 percent for Indians and South Africans.

Applications are due to close in July, and the number of potential residents already outstrip the government's estimates by 30,000 people. When it announced the policy last year, it said 165,000 people may be eligible, but that figure did not include overseas partners and children.

The government has pledged that 80 percent of applications will be decided within 12 months.

The National Party has raised concerns immigration staff might be spread too thinly to process the high quantity of residence visas at the same time that the border is reopening to travellers and migrant workers who also need visas.

A new fast-track residence programme for professions such as doctors, engineers and scientists is also due to start in September, and the Accredited Employer Work Visa began its opening stage on Monday.

INZ said it continued its aim of completing 80 percent of R21 applications within 12 months.

The Productivity Commission is due to release its report into immigration next week.

Its draft suggested there was a disconnect between immigration policy and the supply of housing and new infrastructure. It also wanted the government to remove visa conditions that tie a migrant to a specific employer.

The report may influence the next announcement in the sector - a new skilled migrant policy, or the reopening of the existing programme.

The government announced a fortnight ago that the border would reopen fully and visa processing for overseas applicants would restart on the last day of July, with a Green List/fast-track to residence for highly skilled workers in September.

But people not in those occupations - or a second tier pathway to residence which includes nurses and teachers - are waiting for news.

They include people not eligible for the fast-track residence visa because they were not on a work visa when the policy was announced last year, or because they have not been in the country long enough.

The government said it would restart a skilled migrant policy in July, but that has been pushed out to September.