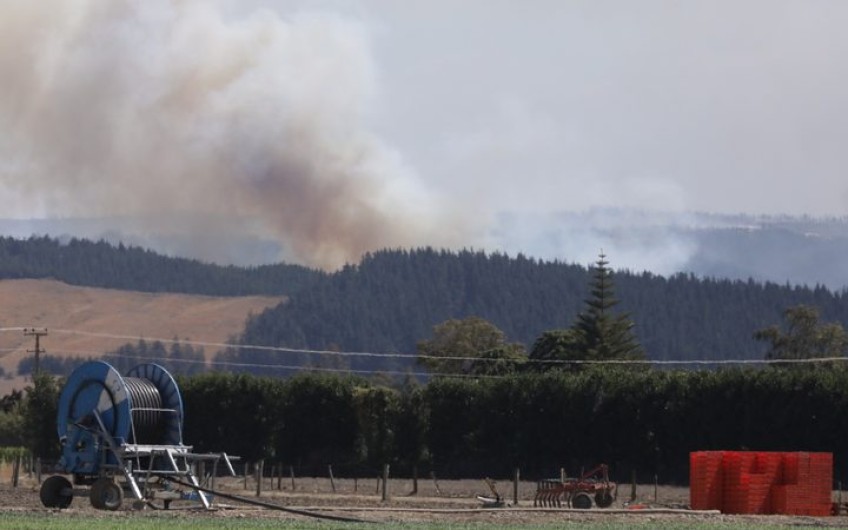 Almost three years have passed since New Zealand had a month with below average temperatures, according to Niwa.

Niwa forecaster Nava Fadaeff said although it was only our fourth hottest year in history - trailing somewhat behind our record-breaking 2016 - the gradually rising temperatures are a sure sign of a warming world.

While the North Island faced a dryer-than-average year and some localised flooding, the South Island bore the brunt of the worst weather events with fires, highway washouts and crippling drought.

Dry spells at the beginning of the year lasted for 36 days in Tauranga and Hamilton, and 40 days in Nelson.

These tinder-dry conditions set the scene for the devastating fire in February in the Tasman District, which burned through more than 2300 hectares of land and led to evacuations of more than 1000 people.

Mass flooding on the West Coast followed in March, thanks to a marine heatwave in the Tasman Sea - an anomaly which can provide extra energy for passing storms.

The flooding set a new 48-hour rainfall record for New Zealand of 1086mm of rain recorded.

"That's more than a metre - or more rainfall than Auckland gets in a whole year - in 48 hours, is quite impressive," Fadaeff said.

Tauranga experienced its warmest year since its records began in 1913, heating up to 1.1 degrees higher than normal.

Almost three years have passed since NZ had a month with below average temperatures, according to Niwa. Photo: Supplied by Niwa

Victoria University climate scientist James Renwick said a warming climate means we'll still see ups and downs, but the chances of a warm year are increasing all the time.

"We're definitely seeing global warming if you like, climate change, happening in New Zealand with the temperature record."

What happened to summer?

Our lacklustre summer so far can be attributed to a weather pattern called SAM - the Southern Annular Mode.

SAM is the north and south movements of westerly winds, and the storms that go with them. Normally, those storms hang out south of us and normally linger to the south in the Southern Ocean, but when the SAM "moves into negative" the westerlies and storms move towards the equator - which means they move over New Zealand, James Renwick said.

That happened in the middle of October and it's been negative ever since - which is an unusually long time.

"When that happens New Zealand tends to get cooler conditions, stronger westerly winds on the West Coast and more unsettled weather.

"So it hasn't been very summery in New Zealand yet."

Climate models are suggesting it should ease off towards the end of January which would bring more typical summer weather, he said.