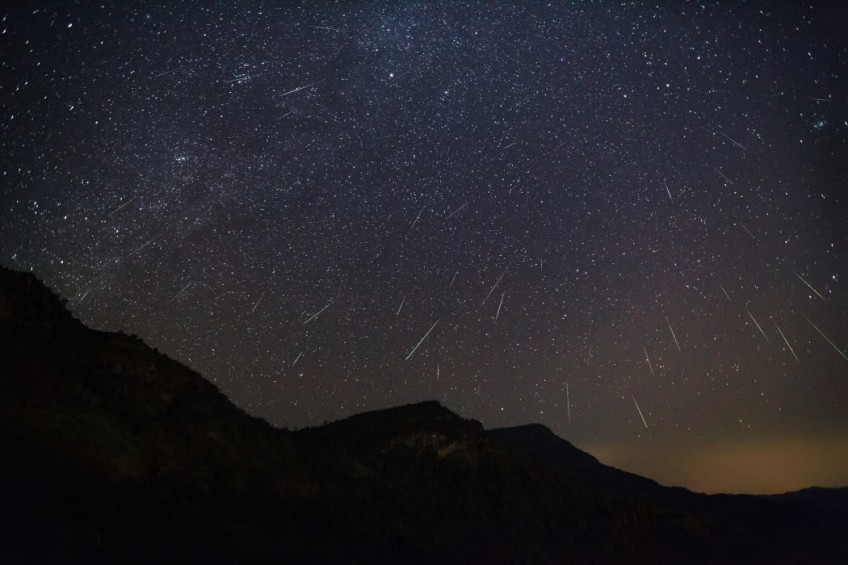 Three meteor showers combining to provide a celestial firework display are expected throughout the night.

"These showers have been observed by astronomers over the last decade or more in some cases. They regularly appear this time of year and this year it's almost perfect conditions because the moon is new today and that means the sky is really dark."

He told Morning Report anyone with a spot well away from lights could enjoy the show.

Any time of the night was good, he said, but "the meteors are going to be easier to see and brighter after midnight".

"As long as the sky is clear and you got no clouds, you should see between...it could be as many as 20 meteors an hour and maybe a few more. Some will be fast-moving, and some will be slow and bright.

"So if you do sit down over the course of an hour or so, you should see quite a few of them and it should be an interesting display."

He explained as the Earth orbited the Sun, it crossed the path of old comets.

"And as a comet goes around the sun and materials blasted off and it leaves like a trail behind it. And this time of year the Earth is passing through three trails of three different comets, and those trails are full of little bits of dust.

"When you see a meteor or shooting star in the sky, it's these little grains of comet dust burning up high in Earth's atmosphere. And they burn up because they're moving really quick. Some of them as fast as 20 kilometres per second and as they move through the atmosphere, they bump into the atoms in the atmosphere, they glow and then dissipate.

"So when you look at these shooting stars in the sky over the weekend, you're seeing the dying embers of comets that passed across the Earth's orbit many years ago."

He said even those without telescopes could watch easily.