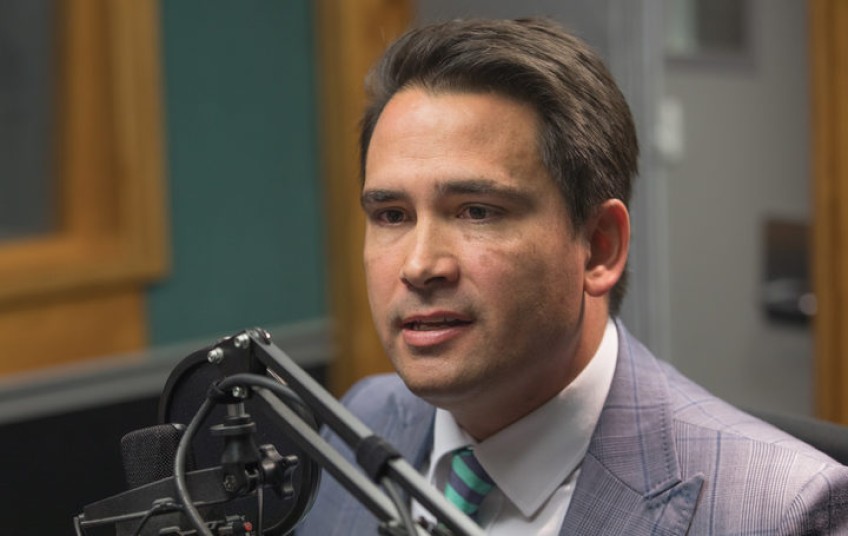 NZ should not take sides in US-China 'virtual war' - Bridges

The US and China are in a situation of "virtual war" and New Zealand shouldn't take sides, National Party leader Simon Bridges says.

For the first time in its 25-year history, the APEC summit this month failed to issue a joint statement, because of tensions between the US and China over tariffs and WTO reform.

"The US-China disputes on multiple fronts are the most significant issue we face."

Mr Bridges said he believed Prime Minister Jacinda Ardern had wanted to visit China this year but had been snubbed.

"I've got no doubt from people I've talked to in foreign affairs that the Prime Minister did want to go but the Chinese, quote, were too busy. That's clear diplomatic talk for this is on ice.

"We've got a situation of inflamed language, particularly from the Foreign Minister whether it's been on defence strategy, whether it's been Belt and Road. These things will be of concern to the Chinese and they will be sending a [subtle] signal."

He said New Zealand should not take sides in disputes between the US and China.

"That doesn't mean when China does things we disagree with that we don't stand up on them, but we should not be taking sides between China and the US, it's not in New Zealand's interests."

He supported New Zealand academics' right to call in an open letter for Ms Ardern to to make it clear attempts to intimidate academics will not be tolerated.

The police should look into complaints of China critic and Canterbury University politics professor Anne-Marie Brady seriously, he said, but he did not know of any evidence on her claims.

"Academic freedom is of the utmost importance, we shouldn't be in any way complacent about that.

"The question then is what is the evidence, and I simply don't know that in any detail."

Equally, he had seen no evidence of the need to ban Chinese tech giant Huawei.

The US government is trying to persuade wireless and internet providers in allied countries to avoid telecommunications equipment from China's Huawei Technologies, according to the Wall Street Journal.

Huawei already has a significant stake in New Zealand, with Vodafone, Spark and 2degrees having been supplied by the company, and last year said it planned to invest $400m in telecommunications research in New Zealand. Mr Bridges was minister for economic development at the time.

This month the company partnered with Spark for a trial mobile 5G rollout but has promised it won't bid for major aspects of New Zealand's wider rollout of the system.

"But what is also true is that we're an independent nation.

"Very much like the Anne-Marie Brady case, this is about what the evidence tells us, and again I have not seen evidence that gives a clear sense ... that we should be doing what ... Australia has done.

"Huawei is one of the best in the business in this game so having them there in the commercial tenders that the Sparks of this world do does have a real effect on quality and price.

"If there isn't the evidence we should I think be using them.

"I've seen no smoking gun, I've seen no evidence that says to me that there is a need to ban as we've seen in Australia and one or two other countries.