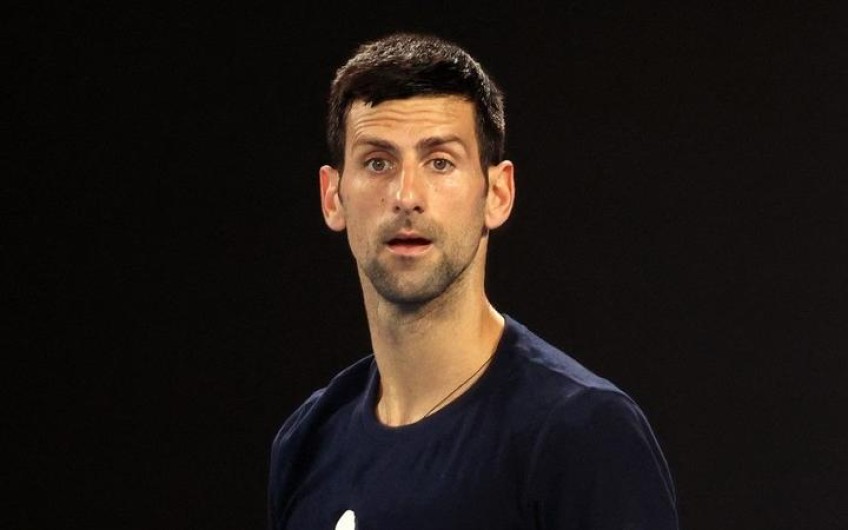 Novak Djokovic to be deported from Australia

Novak Djokovic says he is "extremely disappointed" with the judges' decision to uphold the cancellation of his visa, but will not appeal the ruling.

Novak Djokovic is being seen as a possible champion of anti-vaccination feeling by Australia's government.

A panel of three Federal Court judges in Melbourne has refused to reinstate the visa of the world tennis No 1 so that he can stay in Australia.

His application to the court has been dismissed, meaning he will be deported.

The decision was unanimous and Djokovic was ordered to pay the legal costs of the government.

The ruling will prevent the Serbian from trying to win his 21st Grand Slam, edging him ahead of Roger Federer and Rafa Nadal who both have 20.

The judges said they would publish the full reasons for their decision at a later date.

Djokovic said he would not appeal the ruling.

"I am extremely disappointed with the Court ruling to dismiss my application for judicial review of the Minister's decision to cancel my visa, which means I cannot stay in Australia and participate in the Australian Open.

"I respect the Court's ruling and I will cooperate with the relevant authorities in relation to my departure from the country.

"I am uncomfortable that the focus of the past weeks has been on me and I hope that we can all now focus on the game and tournament I love."

He wished players, officials and others involved in the tournament all the best and thanked his family, friends, team, supporters and fans.

With Djokovic not allowed to play on Monday, it has meant a reshuffle of the men's singles draw.

The rules for Grand Slam tournaments state the withdrawal of the top seed after Monday's order of play is released means a lucky loser - someone who has lost in the final round of qualifying - comes into the draw.

That will be Italy's Salvatore Caruso, who is ranked 150th in the world. He plays Serbia's Miomir Kecmanovic instead of Djokovic.

What led to the judge's decision

Earlier in the day the Chief Justice of the Federal Court said he hoped to release a decision later on Sunday on whether the tennis star, who has not been vaccinated against the coronavirus, can stay in the country.

Djokovic has been appealing Immigration Minister Alex Hawke's use of discretionary powers to cancel his visa on the grounds that he was a threat to public order because his presence would encourage anti-vaccination sentiment amidst Australia's worst outbreak of the virus.

"We would hope to be in a position to identify to the parties later in the afternoon what the course is that we propose," Chief Justice James Allsop told the court as he adjourned the case after hearing from lawyers for the government and the champion tennis player.

The verdict of the full bench of three judges of the Federal Court decided the fate of the Serbian after a rollercoaster 10 days that saw him detained by immigration authorities, released and then detained again ahead of a tournament that starts on Monday.

The Serbian champion was escorted to his lawyers' office by immigration officials to attend the virtual court hearing on Sunday morning, having spent Saturday night back in an immigration detention hotel.

Nick Wood, acting for Djokovic, pointed to how the player competed in the Australian Open and other major tournaments around the world last year without provoking protests or unrest.

"If there was any foundation for thinking that Mr Djokovic's presence and participation at a tennis tournament might somehow lead to this anti-vax sentiment, one would expect that it would be supported by some kind of evidence about anti-vax protests or rallies or the like at tennis events," Wood said.

But Wood told the court that nothing of the kind had been identified by the minister in his decision to cancel the visa.

Wood said that instead the possibility was a forced removal of Djokovic may spur the anti-vaccination movement and protests.

Stephen Lloyd, for the government, said Djokovic's opposition to vaccination could be seen not only in his public statements but also because he had not been vaccinated against Covid-19 even after vaccines became widely available.

The government lawyer acknowledged that there was a risk that cancelling Djokovic's visa could spark "unrest" among people who disagreed.

But, Lloyd argued that given Djokovic's status as a high-profile athlete, there was a danger that his stance and behaviour could encourage others outside the established anti-vaccination community to flout health safety guidelines.

"The minister took the view that his presence in Australia would encourage people to emulate his apparent disregard for those kind of safety measures," Lloyd said.

He cited Djokovic's participation in a media interview and photoshoot when he knew he was infected with Covid-19 last month.

Djokovic had been granted a visa, as his recent infection provided the basis for him seeking a medical exemption from Australia's vaccination requirements to play in the Australian Open.

That exemption prompted widespread anger in Australia, which has undergone some the world's toughest Covid-19 lockdowns and where more than 90 percent of adults are vaccinated.

While Djokovic was awaiting the judges' verdict the draw for the first day's play in the Grand Slam was announced. Djokovic was scheduled to play the late match of the evening session at Rod Laver Arena against fellow Serb Miomir Kecmanovic.