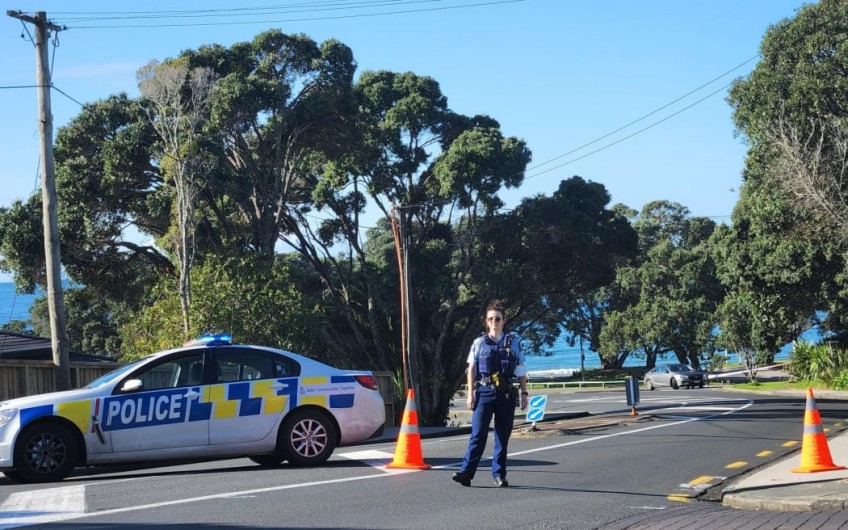 Four members of the public were injured in a multiple stabbing on the North Shore this morning, police say.

A person is in custody assisting police with enquiries after emergency services were called to Murrays Bay about 11.30am today.

It was a random attack with no indication it could have been prevented, she said.

Police said the offender had approached a house on Westbourne Rd, where he stabbed an occupant there.

"The offender has left that address and headed towards the beach area, where three people near a bus stop have also received stab wounds," the statement said.

"This offender was on the move, he was on foot. It started in Murrays Bay and then he stabbed a number of members of the public and then continued to walk through to Mairangi Bay," Hassan said. 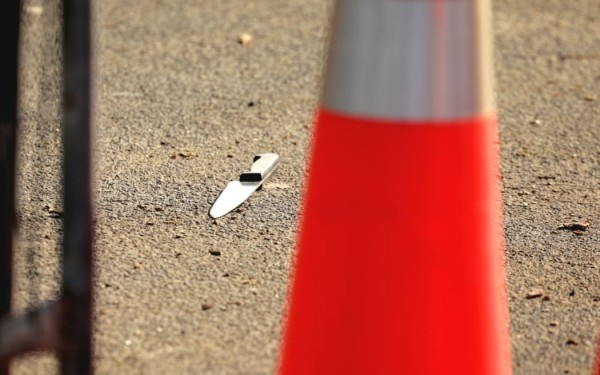 A knife on the ground after an incident at Murrays Bay on the North Shore on 23 June 2022 (Image RNZ/Nick Monro).

It was not the person using the crutches who apprehended the offender with the crutch.

Hassan said it could have been a lot worse if members of the public had not intervened.

She acknowledged "members of the public that acted with extreme bravery this morning, they apprehended the offender and brought this incident to its conclusion".

It was less than 10 minutes from the time police were notified about the incident to when the offender was apprehended, Hassan said.

She said police arrived within a "couple of minutes" of members of public apprehending the man.

"The offender did have a knife - it was quite a large knife."

It would have been "a traumatic event for the victims", who had moderate injuries, she said.

"We are making sure they have the necessary support around them."

Apart from the four stabbed victims, she did not believe any other members of the public were injured.

"I want to reassure the community that this was an isolated incident, the offender has been apprehended and he is in custody... This was a random attack, there's no indication it's a hate crime of any type. The victims were of different gender, ethnicity and age."

Hassan could not say if the offender was known to the victims.

"This offender is a local person, he has been out in public and he has randomly stabbed four members of the public. Those members have suffered moderate injuries and we are wrapping necessary services around them to support them," Hassan said.

The offender was in hospital after being injured as he was apprehended, she said.

The offender is currently in custody under police guard at North Shore Hospital.

He will also be undergoing further assessments by the appropriate agencies.

"We will be working with other agencies in order to make sure that he is taken care of," Hassan said.

She could not speak to the details of the injuries, but said the offender had sustained moderate injuries.

Police would maintain a "highly visible presence in the community around Murrays Bay and Mairangi Bay", she said.

"We will have a number of enquiries, we will be asking the community to provide us information if they saw anything or were involved, we would like them to contact us."

Charges would be laid, Hassan said.

Police said they were not currently seeking anyone else in connection with the incident.