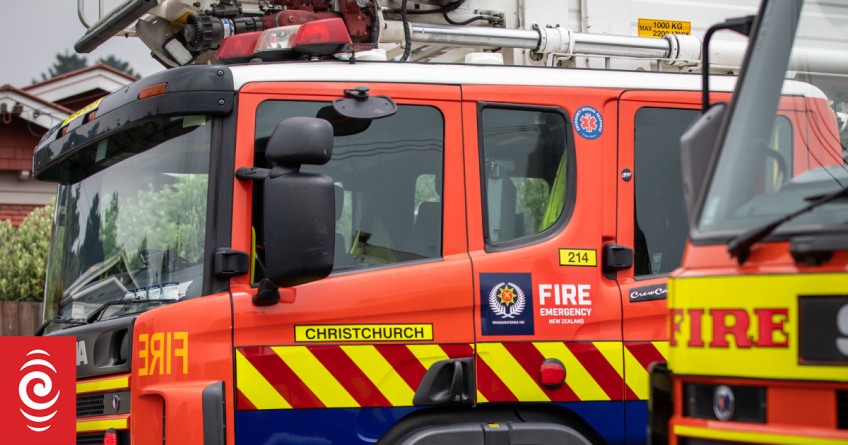 No way to gauge right number of firefighters and gear locally

Five years after being set up, FENZ has not completed most of the local plans to assess each community's fire and flooding risks even though it is required by law.

It has set up just seven of the 16 local advisory committees required by law - almost 90 percent of the population is not covered.

The 2017 Act and Fire and Emergency's own reports say the plans are crucial for determining who gets what firefighting resources, and making areas resilient.

RNZ asked to see a local plan but FENZ did not produce one.

The agency said it did not believe it was breaching the law.

The laws do not set any deadline.

Internal Affairs Minister Jan Tinetti had not seen a local plan in her two years as minister either, she told RNZ.

"I have not seen one personally.

"But I have been assured that they're continually evolving their planning."

However, she was surprised how long FENZ was taking, and would seek advice on whether "they are breaking the law or not".

"I don't believe they are. But I am not a lawyer," Tinetti said.

"I will seek further advice around whether that is within the legislative requirements or not.

"The way that I read it, is that they are moving towards that."

Tensions over local planning are a key factor in the ongoing firefighter strikes.

'We don't know where the gaps are'

The legislation overhauling the Fire Service features local plans as a centrepiece for gauging the right number of firefighters, engines and equipment to identify and respond to "specific" local risks from fires, floods and other emergencies.

By law, any plan must take into account advice from a local advisory committee, and all areas must have a committee.

But the seven committees that exist cover just 12 percent of the population. Tiny Chatham Islands has one, but no part of Auckland, even five years after a pilot was run in Tāmaki Makaurau.

"Work is under way" on setting up the remaining nine, FENZ said yesterday.

Both firefighter unions - career and volunteer - said a lack of planning was hampering training and resourcing.

"We don't know where the gaps are," said firefighter Ian Wright, who is also president of the Professional Firefighters' Union.

Wright accused FENZ and of not wanting to know because it would be very costly to plug them all, and the board of being "negligent".

In a 2018 PowerPoint the agency said: "Risks and needs identified by local stakeholders have a strong influence when deciding local capability."

Firefighters told RNZ this was particularly important in under-resourced growth spots like Queenstown and Pukekohe, West Harbour and Warkworth near Auckland.

"It is hoped that local planning will address situations like the Hibiscus Coast, a community of over 62,000 relying on only two volunteer fire stations" and four full-time firefighters working weekdays, said union northern and Auckland branch secretary Martin Campbell.

"Additionally, it would be assumed that local planning will identify areas that FENZ currently do not receive funding for, eg medical response, water rescue, natural disaster response such as flooding, that they could then go to government and request an increase of the public goodwill fund to reflect responses not covered by fire insurance levies," he said.

It stated repeatedly to RNZ that it was already engaging with stakeholders.

Internal reports show that by December 2017 the agency had already begun designing a process for local planning; the chief executive passed this in mid-2018 and it was expected to finish the plans in 2019.

Yesterday, FENZ told RNZ it was still working on it.

"Fire and Emergency is further developing its thinking and approach to local planning as it is important that planning considers how we can apply the required capability and deliver our services within our current fiscal parameters," a national manager Ken Cooper said in a statement.

Integration into district and national planning included alignment with Section 21 of the 2017 Act that covered local planning; FENZ "has been making good progress towards the intent of s21", said a second senior manager, Cathryn Moriarty.

The 2018 powerpoint said a local plan would take six months to prepare.

It also said advisory committees would be appointed from July 2018 onwards.

The first was only appointed by FENZ's board in 2020. It then evaluated the seven committees last year to ensure they were set up "in the right way".

Fenz put out a 60-page report in July on district planning, that contained a single page about local planning.

Because local planning requires consultation with firefighters, the union protested.

"When this error was discovered, the document was immediately withdrawn," FENZ told RNZ.

FENZ said in the 2018 report that local plans and local committees must be implemented to ensure "a strong community voice" and "increased community resilience".

The United Fire Brigades' Association, which represents 12,000 volunteers, said not enough had been done.

Ken Cooper stressed how much consulting, or preparing to consult, the agency was doing.

Moriarty doubled down on this: "The intent of s21 has been strengthened as a result of the stand-up of the new operational structure and many aspects of s21 are already part of the important planning and engagement we undertake at a local level."