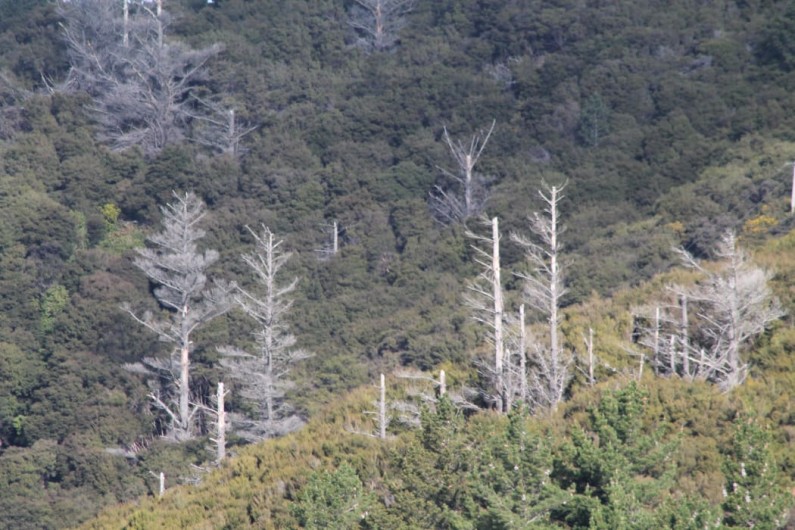 A new weedkiller to target wilding pines has been approved for use in New Zealand.

But the weedkiller Method 240 SL, which has just been approved by the Environmental Protection Authority, could help to stop their spread.

The herbicide can be used to control wilding conifers and other woody plants on non-crop farmland, conservation land and recreational parks. Its active ingredient, aminocyclopyrachlor, is new to Aotearoa, but has been approved in Australia, Canada and the US.

"I think we can see from the struggles that people are having at the moment and the fact that they [the pines] are still spreading, it really is important that we can approve new tools for dealing with problematic wilding conifers," she said.

"That's one of the challenges in dealing with wilding pines is that are often in remote and inaccessible areas," she said.

Unless stopped, wilding pines will cover 20 percent of New Zealand in 20 years, she said.

Dr Fleury said strict controls will be applied to the herbicide and how it can be packaged, labelled, stored, disposed of, transported, handled and used.

The EPA received three submissions supporting the new chemical and six against.