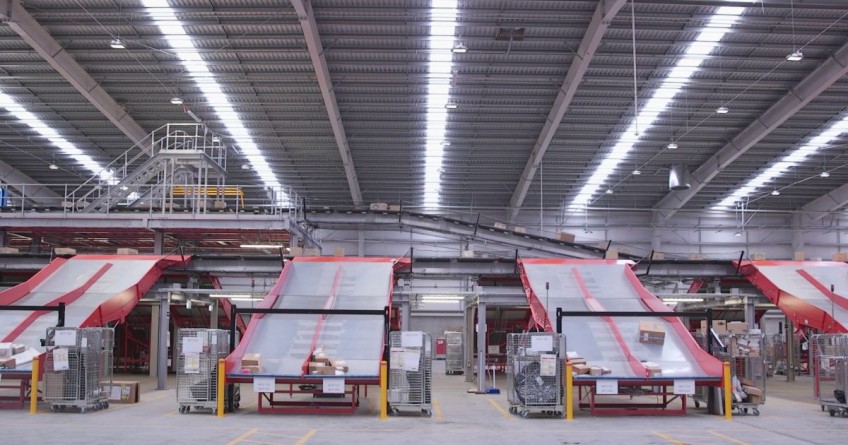 A surge in people shopping online during Covid-19 meant a spike in demand for courier services, he said, and although it had dropped off a little as the country opened back up, it was still higher than predicted this year.

Walsh said the company was investing more than $200 million to increase its nationwide parcel processing capacity to 190 million parcels each year by 2033.

"We're growing from two automated sorting centres in Auckland and Christchurch, up to 11 of varying sizes across the country, if parcel volumes continue to grow," he said.

The new depot's manager Shirley Povey said it would have a processing floor larger than 10,000 square metres - bigger than a rugby field, or eight Olympic swimming pools - to process up to 11,000 parcels per hour.

Parcels would be sorted with a new automated system, with parcels automatically sent to different chutes ready for couriers to pick up, Povey said.

"Our new optical character recognition technology will read labels, including handwriting, to extract the information it needs to then talk to the sorter to send parcels down the right chute.

"At the moment this is done manually through video coding," Povey said.

The new scanning and sorting technology, designed and produced in partnership with Daifuku Oceania, would allow for better tracking of parcels, too, she said.

Should the system shut down for any reason, they would return to a manual sorting method until it could be fixed, she said.

Building materials and appliances at the new depot were selected with sustainability in mind.

Main image (RNZ): Parcels will be sorted with a new automated system, with parcels automatically sent to different chutes ready for couriers to pick up.