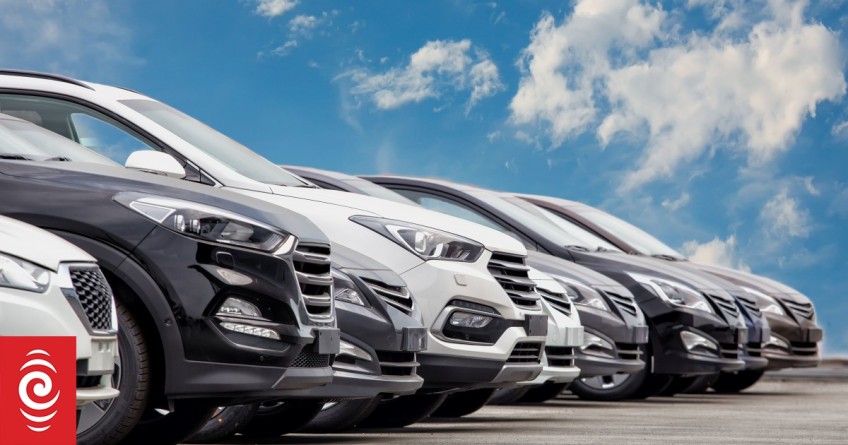 The motor industry predicts the price of used cars will rise 20 to 25 percent under the Clean Car Standard.

It begins assigning emissions payments or credits to vehicles on 1 January.

These are for importers for the first time, mirroring the 'fee-bates' that began for consumers last April under the Clean Car Discount.

New car prices are expected to be pushed up, too.

Subaru says its will rise by 5 to 10 percent in January, and sales volumes could crash 20 to 50 percent.

The Motor Industry Association (MIA) said price pressures would persist for years because there were not enough EVs to go round, plus new car sellers had no choice but to forward order vehicles that will attract fees, especially when it comes to utes and vans, which lack electric options.

The industry said the fact the system to collect the payments was not ready yet showed just how much uncertainty the government had foisted on it.

Though the standard targets importers, to encourage them to bring in cleaner vehicles, they would have no choice but to pass the new fees on to buyers, in a "double whammy" alongside the discount, David Vinsen of the used car industry body VIA said.

From January, vehicles with a high emissions rating will incur a fee - the higher the emission rating the greater the fee - and vice versa for credits below a certain level of emission.

New car buyers will not escape.

Wal Dumper, the managing director of Subaru in New Zealand, said most of their prices would rise 5-10 percent in January.

"We don't know for sure because unfortunately the government process has been set out but it doesn't seem to be working properly," Dumper said.

The industry and officials have been trying for weeks to get the fee-credit payment system to work, but will not meet the 1 January deadline.

The government moves since April were driving demand for cleaner cars, but price rises in Japan had soaked up consumer rebates so customers were not much better off, the industry said.

The motor vehicle industry says consumers were not much better off in terms of electric vehicle prices despite government rebates because of price rises in Japan. Photo: RNZ

Figures from a major importer showed popular EVs and hybrids going up by mostly between $2700 and $5000 this year, with $11,000 the biggest rise.

The Ministry of Transport advised the government last year the clean car moves would benefit households by reducing fuel costs and offering rebates.

Dumper said if it had taken three or four years longer, there would have been a lot less pain.

Subaru's most optimistic planning was for sales to crash 20 percent.

"Our sales could halve purely because of supply," he said.

Their dealers were cushioned by selling a range of makes.

"Subaru in Japan has a 2027 plan to have its own assembly line for EVs, but I fronted up in Tokyo and said I need these cars for the next year and they went, 'Well, no, no, we can't do that'."

"Even though we'll be able to place orders for lower emissions vehicle, say, in 2025, the targets that we have to meet in that year are even tougher than they are now and they're tougher than other jurisdictions that are actually making cars, and so those vehicles don't necessarily exist," Stockdale said.

The industry expects people, now facing a possible economic recession, too, to simply hold on to their old cars longer.

For those who need light commercials like utes and vans, the choice of cleaner, credit-delivering vehicles, is much more limited than for cars.

The industry has long held that the emission-cutting targets of the clean car moves are too steep, and the process too hasty.

Regulations around them were issued only on 7 November by the Transport Ministry, putting a squeeze on Waka Kotahi trying to design the payment system for importers.

In this tight spot, the government rushed through the law change to defer payments, so they mount up but do not have to be paid till 1 June 2023.

Vinsen said the uncertainty was compounded by the fact the rates that would apply to individual cars had not been released yet.

"The problem is there will still be some uncertainty about the quantum and, going into a recession, the invoicing will catch some of these small businesses by surprise," Vinsen said.

"They're going to get hit with a large bill in June."

VIA would be strongly advising them to set money aside, he said.

New car importers are less exposed to this, because they can spread rebates from EVs across to petrol and diesel vehicles to blunt those prices, and pay accumulated fees at the end of the year.

Dumper said once new-car importers got access to more EVs, then this offsetting might be able to suppress price rises "a little".

"We can't offset with our EVs until they're actually made.

"We're going to go through a period of pain."

Vinsen blamed politicians for the rush and uncertainty, saying even legal pressure from the industry had made no difference to slow it down.

"Personally, I think this is the effect of student politicians who are ideologically driven."

RNZ approached the Transport Minister for comment but got no response.

Vinsen said the ministry or Waka Kotahi had put in enormous work, and put on extra staff to do it, but still could not meet the deadline.

"Sometimes there's 20 or 30 people from NZTA and MOT on those calls. And I've got 20 people from the industry, working."

Waka Kotahi said it was a complex ICT build that required phased implementation.

It had been building it for the last year, with industry help.

"We listened to the motor vehicle industry's concerns about their ability to comply with the Clean Car Standard because the regulations were not going to be publicly available until November," it said.

The first-phase of tech on 1 December will let importers register for a CO2 account, so they can get familiar with loading vehicles on it ahead of 1 January.

A delay to payments supported the IT approach and industry, it added.

The Transport Ministry said the charging regime regulations were released "as expected" this month, suggesting they were not late.

"We're excited to see that vehicle importers have responded to the emissions challenge", with data showing uptake of cleaner cars.

"Consumers are set to benefit from the Standard by having a wider range of electric and hybrid vehicles to choose from, using the Clean Car Discount to make it more affordable."