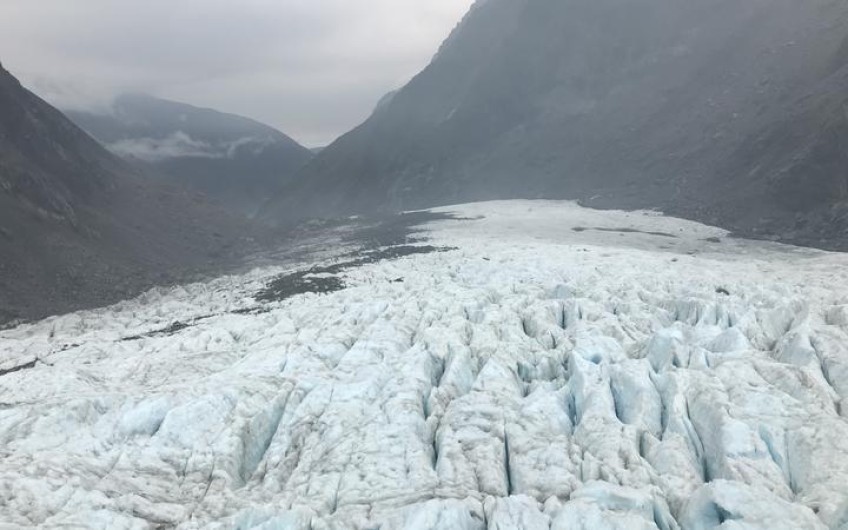 Scientists say more snow fell on South Island glaciers this year, but warn it's likely to be a temporary break on the climate change front.

The annual snowline survey each March is a guide to the effects of snowfall on long-term glacial ice.

Scientists were concerned that the effects of the Australian bushfire dust might have increased glacier melt this season.

The just-released results of this year's survey by NIWA and Victoria University show the glaciers in better shape than in the past two years.

NIWA climate scientist Andrew Lorrey warned that a similar pattern over decades would be needed before it could be considered a recovery.

The survey of 50 South Island glaciers yesterday involved taking thousands of photographs to evaluate the snowline altitude, and would now be used to build 3D models of the glaciers.

The information was used to assess how much of the previous winter's snow has remained on each glacier. Scientists also documented widespread ash coverage on the glaciers.

Niwa said the snowline survey began in 1977 and provided an "incredibly valuable" long-term record of how New Zealand's glaciers have retreated over time due to climate change.

Scientists estimated about 30 percent of New Zealand's ice that was catalogued in the late 1970s has been lost in the past 40 years.

The past two years of the snowline survey have seen the impact of particularly harsh conditions, with marine heatwaves and record temperatures taking their toll.

"I am not at all heartened by what looks like a decent snowline this year - it is part of climate variability, and some good years are to be expected.

"Every now and then you will get a year that reminds you of how things used to be, but the overall trend is towards more frequent hotter years, which are hugely detrimental to glaciers."

He said ash from the Australian bushfires was still highly visible across most of the glaciers since it first settled there in early January.

"At this stage it is difficult to characterise exactly how much the ash has added to the ablation of snow and ice, but there should be some immediate negative effect."

Victoria University of Wellington's Lauren Vargo will now use the photographs from the survey to construct 3D models of the glaciers in a process called "structure from motion photogrammetry".

The methods being pioneered by Dr Vargo will assist with year-on-year comparisons, and allow accurate calculations of how recent seasonal snow and older ice are changing.

"What we are seeing is a clear trend now - retreating glaciers and a steady loss of ice," Dr Vargo said.