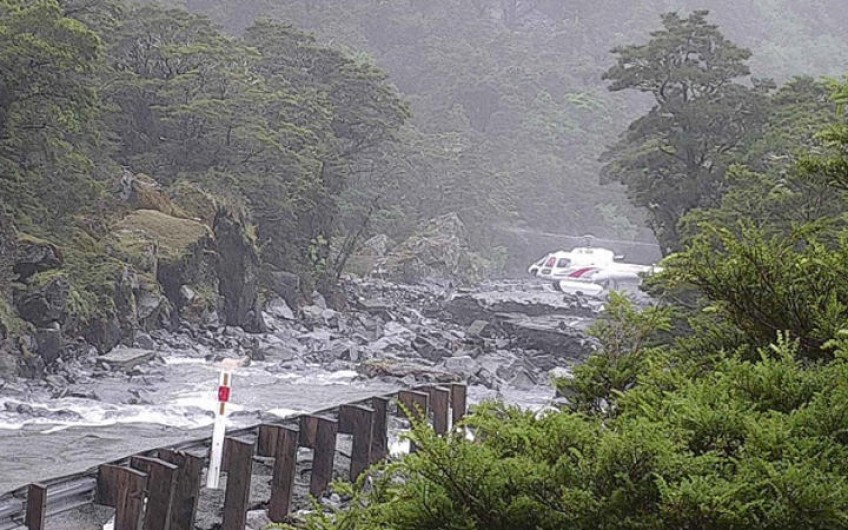 Southland mayor Gary Tong said there was substantial damage to the road.

"The road into Milford from around about the cascade through to just the bottom side of Mahama tunnel has been pretty well damaged, there's teams in there working on repairing that.

"I'm no road expert but yeah, there's some pretty horrendous damage in there."

He said Fiordland businesses which relied on the popular tourist destination were scrambling to come up with other ways to keep the tills ticking over while the tourism income was inaccessible.

Tourism operators had told him they would instead be running trips to places such as Manapouri and Doubtful Sound.

Cruise company Real Journeys said it hoped to have boats sailing on the fiord again tomorrow, although tourists hoping to cruise at Milford Sound over the coming week would only be able to reach the area by air.

A state of emergency was declared for the Southland region on Tuesday because of the flooding, giving local authorities greater powers to respond.

A state of emergency was declared for Clutha district in Otago at the same time, but that was lifted on Friday.

Conservation Minister Eugenie Sage was expected to fly over the region to assess damage to the worst-affected areas yesterday, touching down in Te Anau and Queenstown.

The Department of Conservation announced on Friday the Milford and Routeburn Great Walks would remain closed - Milford for at least three weeks and Routeburn for "the foreseeable future" - although the Kepler track remained open.