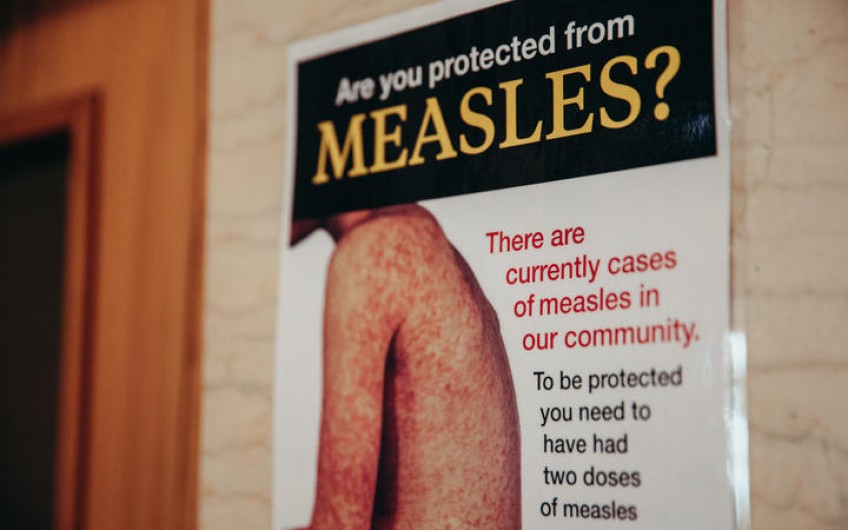 The number of people infected with measles in Perth has risen to eight in what West Australian health authorities say is an unprecedented outbreak linked to a much bigger one in New Zealand.

The state's Health Department revealed yesterday there had been five cases of measles in the Rockingham area in Perth's southern suburbs over the past week.

They included a baby under 12 months old who was too young to be vaccinated.

A further three cases have now been confirmed.

The department's communicable disease control directorate medical coordinator Paul Effler said the majority of them were young adults aged in their 20s to 40s, while there were also a couple of teenagers.

Authorities believe the outbreak started with a man from New Zealand who has since returned home.

There have been more than 1300 cases of measles in New Zealand recently, and the miscarriages of two pregnant women are believed to be related to measles.

Dr Effler said it was "unprecedented" in his experience to have so many cases of measles in a weekend in Perth.

"So if you go into a space where there was an infectious measles case 30 minutes before, you're likely to get it if you're not protected through vaccination."

The measles virus survives less than two hours in the air or on objects and surfaces and is inactivated rapidly in the presence of sunlight or heat.

People with measles typically develop symptoms approximately 10 days after being exposed to the virus.

Children between the ages of 12 months and 18 months are urged to receive a measles vaccination, while a new adult vaccination was released earlier this year for people aged 20-53 years.

Dr Effler said people should check their immunisation register to ensure they had been vaccinated against measles.

"If you don't have two documented doses of measles vaccine, it doesn't hurt to get another one. Even if you had two in the past, it won't hurt you," he said.