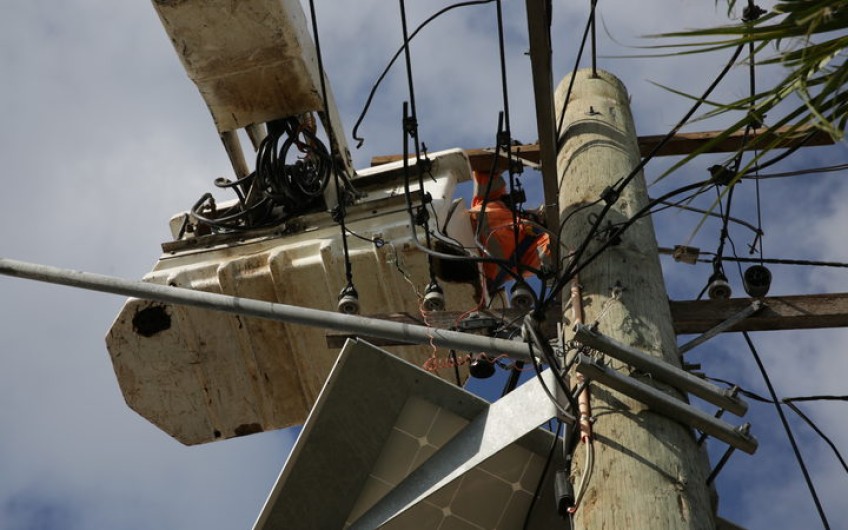 Line workers are trapped in a sham contracting model, they say, which has them working six days a week and still not breaking even.

They say Visionstream - a Chorus subcontractor - is running a model which is driving them bankrupt, and the workers are gearing up to take their plight to court.

One man - who RNZ has agreed not to name - has been a linesman for more than 20 years. He worked for Downer until the lines contract in his area went to Visionstream in 2009.

Visionstream uses contractors, not employees - so to keep working, he spent over $50,000 buying and fitting out his own van.

"I'm thinking, maybe next week, maybe next month, maybe I might make it... I'm trapped in this vicious circle. A lot of guys have gone bankrupt ... and a lot more will close," he said.

Visionstream pays a set price for each job, he said, regardless of how long it takes or how far away it is. Pay is then deducted if something goes wrong.

"Sometimes you go on to your personal credit card to sponsor the business ... you keep on running, hoping that tomorrow might be better, I might have more jobs tomorrow, I might earn something."

The worker said they knew they would not break even, but if they turned down jobs they could be stood down.

He also said he could not simply quit because there were no other employers: Chorus, and the companies like Visionstream it contracts, hold a monopoly over the market.

"The contracts that we have at the moment are like zero-hour contracts. We aren't guaranteed work but we're expected to be there," he said.

"We should be able to be proper contractors - give them bills, invoice what work I've done. Or they should be reviewing it more regularly if they want to give fixed costs."

Auckland-based firm Shine Lawyers is now preparing a class action against Visionstream on behalf of its contractors, arguing they are employees not contractors, so are entitled to fair pay for the hours worked.

"We've had a very positive response from people in very dire situations, and we're here to stand up for the little guy and get these workers some compensation for the time and effort they put in," he said.

The government-owned Crown Infrastructure Partners sits atop the contracting model. It contracted Chorus, which owns the infrastructure - and Chorus contracted Visionstream.

Emails between the three organisations at the end of last year showed the crown agency demanded a please-explain from Chorus amid emerging claims of exploitation.

Chorus responded that it was on top of the problem and had hired consultancy firm Martin Jenkins to review its sub-contracting model.

"We're very open to refining the model and making changes so that we do address some of these issues, and I would expect an update on that in the next few weeks."

He said workers had a right to be treated fairly, so Chorus was "absolutely, genuinely committed to getting this sorted out."

Meanwhile, a Labour Inspectorate's investigation into exploitation among Chorus subcontractors is still going on.

Ian Bonnar said Chorus had stood down 18 of its 350 subcontractors as a result - and found them jobs with other employers.

Visionstream and Crown Infrastructure Partners have yet to respond to RNZ's requests for comment.